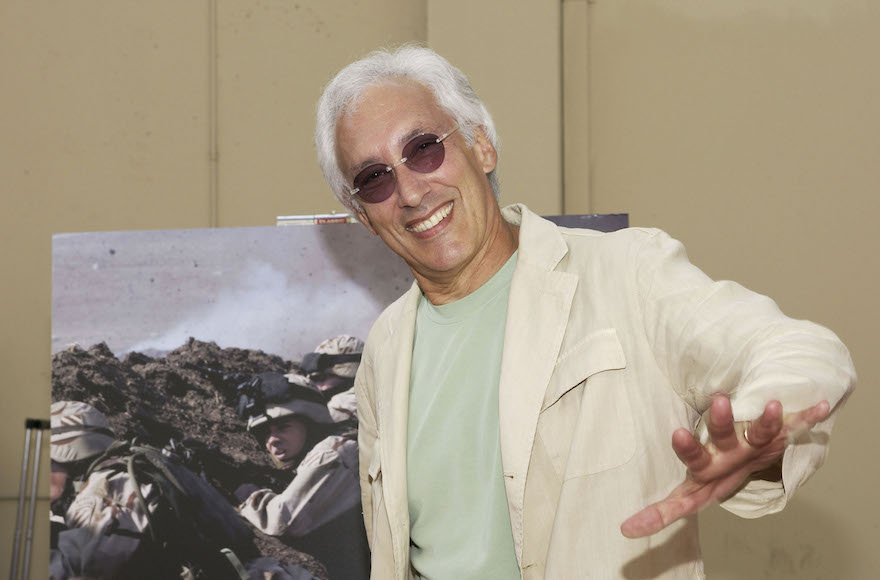 Steven Bochco at the FX Screening of "Over There" at the Zanuck Theater in Los Angeles, July 24, 2005. (Amanda Edwards/Getty Images)
Advertisement

(JTA) — Steven Bochco, the Emmy-winning television writer and producer who was responsible for iconic series such as “Hill Street Blues,” “NYPD Blue” and “L.A. Law,” has died.

Bochco died Sunday at his home following a years-long battle with leukemia. He had received a stem cell transplant from an anonymous donor in 2014, according to the Hollywood Reporter. He was 74.

Bochco worked on “Hill Street Blues” at MTM Enterprises, a production company started by Mary Tyler Moore, for five of seven seasons, during which time it won 26 Emmys. The Jewish writer and producer later formed the Steve Bochco Productions company.

He had his first job at Universal after graduating from Carnegie Mellon University in Pittsburgh in 1966 with a theater degree and worked on “Columbo” for a few seasons. The first episode he wrote was directed by Steven Spielberg, and with that came the first of 34 Emmy nominations, according to the Hollywood Reporter. He stayed at Universal for 12 years.

“Steve was a friend and a colleague starting with the first episode of ‘Columbo’ in 1971 that he wrote and I directed,” Spielberg said in a statement. “We have supported and inspired each other ever since, and through many deep mutual friendships we have stayed connected for 47 years. I will miss Steve terribly.”

Bochco was born in New York and attended the High School of Music and Art in Manhattan, where he sang. His father, Rudolph, was a violinist, and his mother, Mimi, was a painter and jewelry designer.