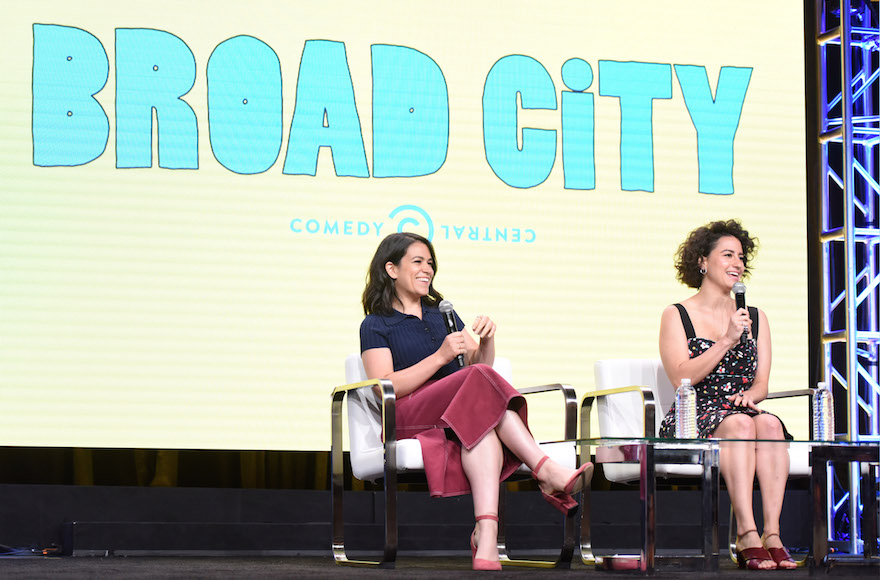 (JTA) — Like everything else, all good Jewish comedies must come to an end.

The stars and creators of “Broad City,” Ilana Glazer and Abbi Jacobson, said Thursday that the hilarious Comedy Central show’s next season will be its last. That fifth season will air in early 2019.

“’Broad City’ has been our baby and first love for almost 10 years, since we started as a web series. It’s been a phenomenal experience, and we’ve put ourselves into it completely. ‘Broad City’’s always had a spontaneous pace and feeling, and ending after season five honors that spirit,” Glazer and Jacobson said, according to The Hollywood Reporter.

Glazer and Jacobson started “Broad City” as a web series and debuted it on Comedy Central in 2014 to rave reviews. The show follows their wacky adventures as mid-20-somethings living in New York City and has spawned more than its fair share of funny Jewish moments.

Here are some of the best.

The best friends embarked on a free trip to Israel, only to find a plane full of young Jews focused on the “reproductive future” of the Jewish community.

Jewish pop star Adam Levine even made a cameo.

The Jewish “Curb Your Enthusiasm” star plays a kooky mom from Long Island who brings out the Jew in Ilana.

Fasting on the holiest day of the year is hard for them, since a certain hunger-inducing drug is a part of their daily lives.

The Jews of Florida

Ilana’s family heads down to the very Jewish state to clean out her grandmother Esther’s apartment. They encounter more racism than they expect among the Jews there — and Fran Drescher. (Glazer reveals in a clip after the episode that they filmed it at the same condo complex — Huntington Lakes in Delray Beach, if anybody is keeping score — she used to visit as a kid.)

Abbi and Ilana choose to dress for Halloween as two famous Jewish jurists.