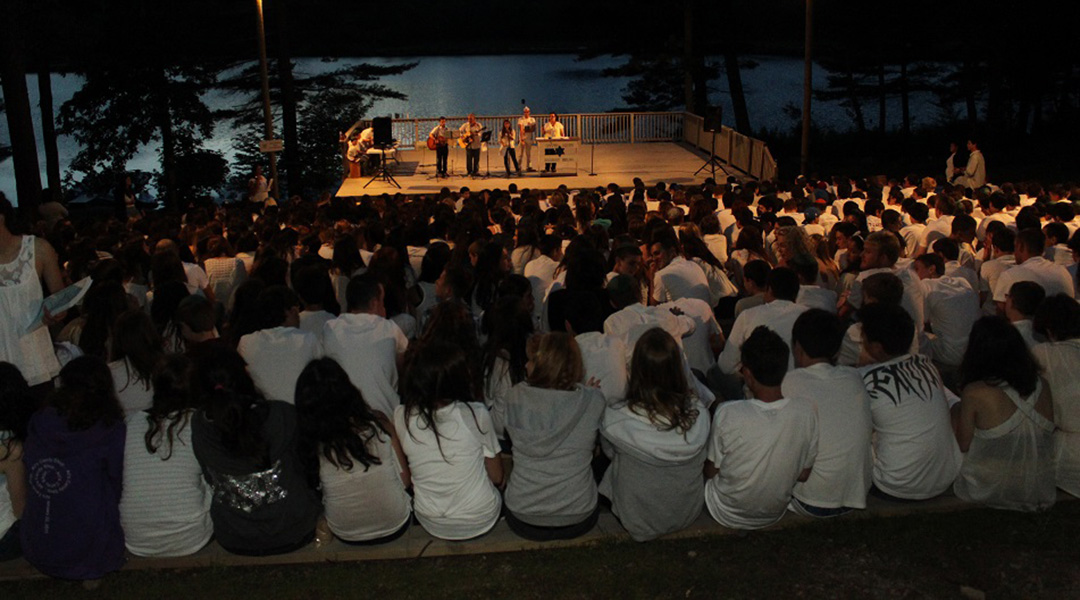 A camp scene at one of the NJY Camps. (njycamps.org)
Advertisement

Leonard Robinson, a veteran and much-admired administrator in the Jewish camping field, resigned under pressure April 12 from his post as executive director of NJY Camps after allegations of sexual harassment surfaced recently, The Jewish Week has learned.

NJY Camps is the umbrella group for five residential Jewish summer camps, including Camp Nah-Jee-Wah, Cedar Lake Camp, Round Lake Camp, Camp Shoshanim, and Camp Nesher; as well as Total Specialty Camps, the Kislak Adult Program, and several other specialized initiatives. It is an affiliate of the JCC Association of North America (JCCA) and a community partner of the Foundation for Jewish Camp (FJC).

In a memo Friday afternoon to the board of NJY Camps, president Peter Horowitz said Robinson, who worked at four JCCs around the country before assuming his post here in 1993, resigned “after being confronted with allegations of sexual harassment and impropriety in a role prior to his employment with NJY Camps.”

The memo said no allegations were made against Robinson during his time at NJY Camps. “However,” the statement noted, “these previous allegations are deeply disturbing and antithetical to the community we have created. Out of an abundance of caution, we are launching an immediate investigation into his tenure here.”

The memo said the group will conduct an independent investigation into the matter and that Janet Fliegelman, NJY Camps chief operating officer, will serve as interim executive director.

The announcement follows less than a month after Debbie Findling, a philanthropic adviser in the San Francisco Bay Area, wrote an opinion article in The Jewish Week entitled “Is the Jewish Community Perpetuating Sexual Harassment?” (March 20) In the essay, Findling said she was sexually harassed three decades ago by her supervisor at a JCC on the West Coast where she had been hired to oversee the center’s summer day camp. Then a recent college graduate, she described how the supervisor, whom she did not name, asked in the course of a single conversation if he could hold her hand, tried to kiss her, and propositioned her to have sex with him and his wife.

When she denied his advances, she said she was chastised by him. Though she reported the incident at the time to the JCC’s top official and the head of human resources, her supervisor was not terminated, though JCC employees assured her that he felt remorse for what he had done and was seeking therapy. Findling claims to have received threatening phone calls from the supervisor at the time in which he accused her of “ruining his life” by reporting the incident.

On March 27 of this year, Findling disclosed to The Jewish Week that the supervisor was Leonard “Len” Robinson.

“I am 54 now,” Findling told The Jewish Week this week. “I have found the courage to find my voice and speak out against this injustice. I’m redeeming the 23-year-old me.”

Rumors she heard of his alleged continued infractions weighed upon her, she said.

“For too long, I have remained silent,” said Findling. “I was scared to be labeled as ‘one of those women’ and I was afraid I wouldn’t get another job.”

The repercussions of telling “truth” felt daunting, she said. But she felt “inspired” by the nationwide reckoning with sexual harassment of recent months and compelled by her Jewish values to “speak out with integrity and stand up for what is right.”

“My hope is that my experience will help empower other women in the Jewish community to speak out,” she said. Directly addressing other potential victims she said: “Your voice will enable our community to stop a terrible cycle of sexual harassment and complicity.”

“My hope is that my experience will help empower other women in the Jewish community to speak out.”

Robinson, who has received several honors for his service and for mentoring colleagues, doubled the capacity of NJY Camps to serve 5,500 campers during his tenure. According to the organization’s most recent tax filings, Robinson was paid an annual salary of $411,742, more than double the salary of anyone else on staff.

Jeremy J. Fingerman, CEO of FJC, responded to Robinson’s resignation with a statement affirming that FJC is “committed to supporting NJY Camps and camps across North America as we continue our efforts to review and improve policies and procedures to keep our institutions safe.”

Doron Krakow, president and CEO of JCCA, addressed the allegations of harassment leveled against Robinson in a Friday statement: “Such behavior cannot and will not be tolerated in any JCC Association camp or institution. Creating safe, respectful and equitable spaces for every member of our community is central to the mission of JCC Association of North America and, as a movement, we must all commit to achieving that goal.”