Israel is concerned about Iranian retaliation from Syria. So it will keep its fighter jets at home. 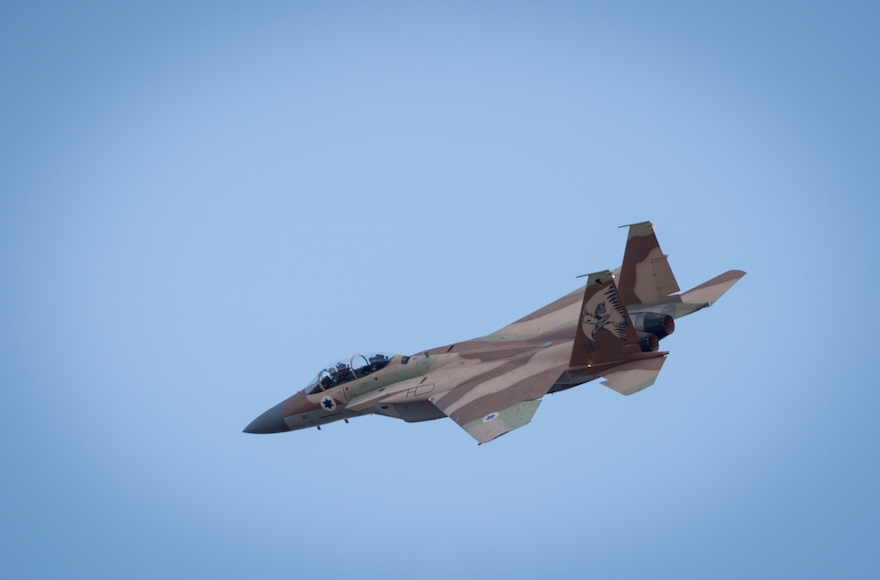 JERUSALEM (JTA) — Israel withdrew its F-15 fighter jets from a joint exercise with the United States over concern about Iranian retaliatory strikes from Syria on Israel’s northern border.

Some Israeli Air Force personnel may attend the Red Flag exercise set for next month in Alaska — the first time Israel was set to participate in the rehearsal for operating in harsh weather conditions.

Tension on Israel’s northern border has increased since an early morning airstrike a week ago on an air base in central Syria, said to be in use by Iranian-backed forces, that killed 14. Israel has not officially taken responsibility for the airstrike, but an unnamed senior Israeli military official confirmed to New York Times columnist Tom Friedman that Israel carried out the attack.

Early Saturday morning, an American-led attack in coalition with Britain and France struck three military targets in Syria in response to a chemical attack allegedly carried out by the Syrian government that left 40 people dead, including children, in the town of Douma, near the capital of Damascus.

On Tuesday, Syrian aerial defense systems activated in what was initially believed to be strikes on two Syrian air bases, but which Syria later admitted was triggered by an Israeli and American cyberattack on Syrian radar systems.

Later Tuesday, the Israel Defense Forces provided a map to the country’s media demarcating five Iranian-controlled bases in Syria believed to be potential targets for an Israeli response to any retaliatory Iranian attack. Satellite photographs of bases that also were provided were published on several online news sites.

Also Tuesday, Syria announced that international investigators had entered Douma to gather evidence about the chemical attack. Inspectors had waited several days to enter the area.