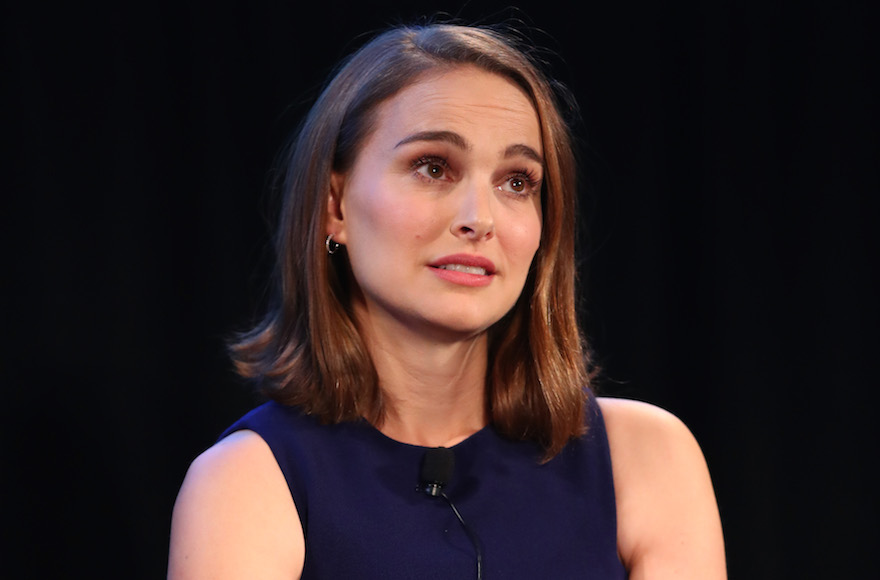 (JTA) — The Genesis Prize announced it was canceling its prize ceremony in Israel in June after 2018 recipient Natalie Portman said she would not take part in light of “recent events.”

On Thursday, the Genesis Prize Foundation, which awards what it calls the “Jewish Nobel,” said it was “very saddened” that the Israeli-American actress would not take part in the ceremony. The foundation said that Portman’s representative notified it that “[r]ecent events in Israel have been extremely distressing to her and she does not feel comfortable participating in any public events in Israel” and that “she cannot in good conscience move forward with the ceremony.”

The Genesis Prize Foundation canceled the prize ceremony, saying in a statement that its organizers “fear that Ms. Portman’s decision will cause our philanthropic initiative to be politicized, something we have worked hard for the past five years to avoid.”

Portman did not specify which events caused her distress, although the United Nations and the European Union recently called for investigations into the use of live ammunition by Israel’s military following clashes along the border with Gaza that have left dozens of Palestinians dead and hundreds wounded. Israel celebrated the 70th anniversary of its independence on Thursday.

In November, the Genesis Prize announced that Portman would receive its 2018 award, which comes with a cash prize that recipients may direct toward causes of their choice. She joins artist Anish Kapoor, violinist Itzhak Perlman, former New York City Mayor Michael Bloomberg and actor-director Michael Douglas as winners of the $1 million prize, which “honors individuals who serve as an inspiration to the next generation of Jews through their outstanding professional achievement along with their commitment to Jewish values and the Jewish people.”

Genesis said in December that Portman’s prize money had been doubled to $2 million by a donation by Israeli philanthropist Morris Kahn. The foundation did not indicate whether Portman would still receive the prize money in light of her announcement.

The Genesis Prize was established by Mikhail Fridman and other wealthy Russian-Jewish businessmen and operates in a partnership with Israel’s Prime Minister’s Office and the Jewish Agency for Israel.

In 2009, Portman joined other Hollywood stars in protesting calls for a boycott against the Toronto International Film Festival for its staging of a Tel Aviv-themed event. She also directed and starred in a Hebrew-language adaptation of Israeli novelist Amos Oz’s memoir, “A Tale of Love and Darkness.” In a statement following the Genesis Prize announcement in November, Portman said she is “proud of my Israeli roots and Jewish heritage.”

In 2015, following the re-election of Israeli Prime Minister Benjamin Netanyahu, she said she was “very, very upset and disappointed.”

“I find his racist comments horrific,” she told The Hollywood Reporter. “However, I don’t — what I want to make sure is, I don’t want to use my platform [the wrong way]. I feel like there’s some people who become prominent, and then it’s out in the foreign press. You know, shit on Israel. I do not. I don’t want to do that.”