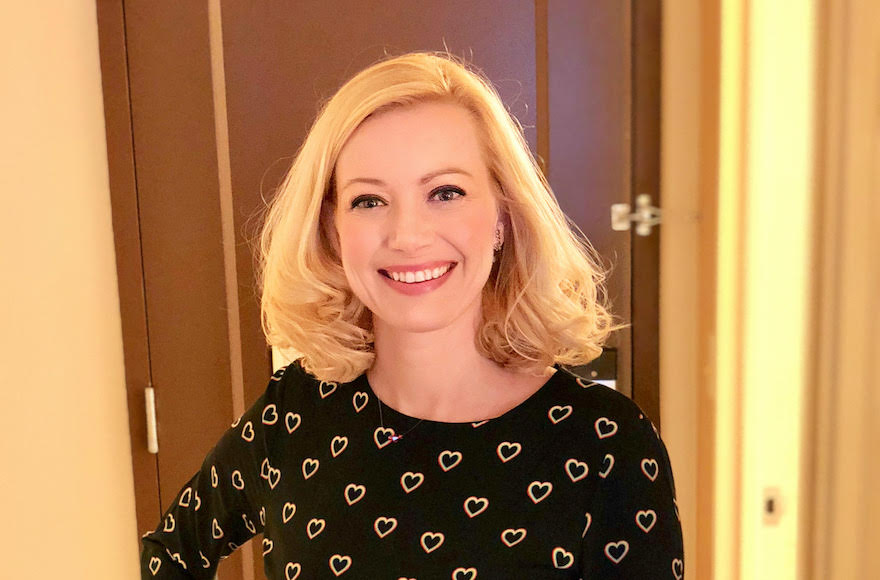 Starr Mirza spent the better part of two decades trying to convince doctors she was sick. It turns out she has a sometimes deadly genetic disease. (Courtesy of Mirza)
Advertisement

This article is sponsored by Hadassah.

By the time Starr Mirza went into cardiac arrest at age 22 and nearly died, she had spent a lifetime trying to convince doctors she was sick.

“The doctors were always pulling my parents aside and saying, ‘She’s doing this for attention. There is nothing physically wrong with her. You need to send her to a psychiatrist,’” recalled Mirza, now 38, who lives in Silver Spring, Maryland.

But despite seeing more than 100 doctors during her teenage years to treat extreme fatigue and regular fainting spells, it wasn’t until Mirza went into cardiac arrest in 2002 that her doctors finally did the tests necessary to determine her diagnosis.

They discovered Mirza has Long QT syndrome, a genetic disorder that affects the heart’s rhythm and sometimes causes sudden death.

“The electrical part of my heart was short-circuiting,” Mirza said. “But because I am female, I was just considered hysterical all these years.”

She’s not alone. Recent studies have shown that female patients routinely are undertreated and forced to wait longer than males for appropriate medication — by doctors of both genders. Women also are likely to receive less aggressive medical treatment than men in their initial encounters with the health care system until they prove that they are as sick as male patients. That phenomenon was dubbed the “Yentl syndrome” by cardiologist Bernadine Healy in 1991 after the Isaac Bashevis Singer character, a young shtetl girl who pretends to be a boy so she can study in a yeshiva.

The gender disparity extends to all sorts of areas. Women metabolize drugs differently than men and often present symptoms differently. Yet medical research, diagnostic tools and treatments usually are centered on male physiology – even in animal and cellular research subjects. As a result, women suffer greater risks from inadequate prevention strategies and medical treatment. 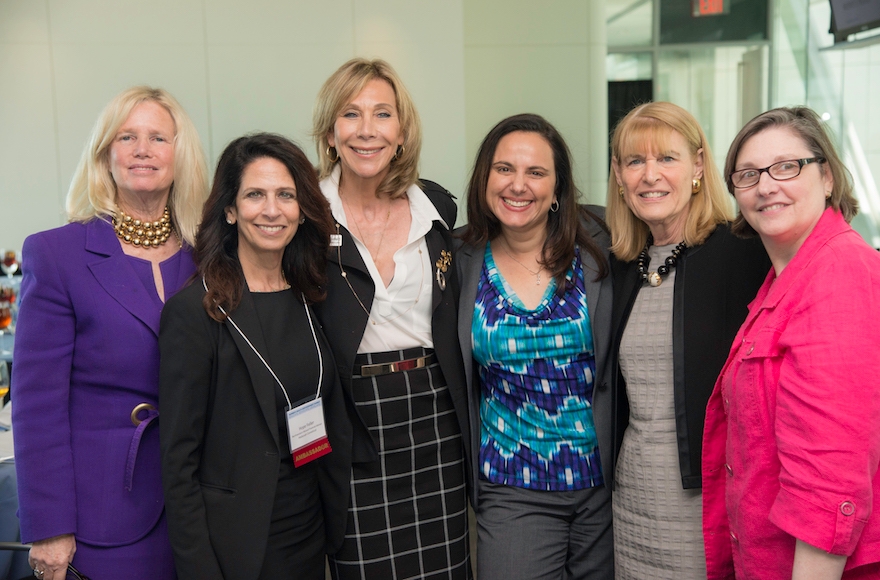 Hadassah leads a 28-organization coalition focused on raising awareness and advocating for policies to address women’s health disparities. The coalition will host its second annual summit in Washington, D.C., on May 16, 2018. (Courtesy of Hadassah)

For example, an advanced artificial heart that was designed to fit 86 percent of men’s chest cavities fit just 20 percent of women’s. The original prescribed dose for the sleep aid Ambien turned out to have dangerous side effects for women; it had been tested exclusively on men. Women under age 55 experiencing a heart attack are seven times more likely to be misdiagnosed and sent home from the emergency room than males presenting with the same symptoms, according to research recently published in The New England Journal of Medicine.

Hadassah, The Women’s Zionist Organization of America has made leveling the playing field for women a top priority. Two years ago, Hadassah launched the Coalition for Women’s Health Equity, so the nation’s most prominent women’s and health organizations could create a unified force to advocate for women’s health equity. Today, the 28-member coalition is focused on raising awareness and advocating for policies to address women’s health disparities.

Coalition members helped push legislators in Congress to introduce the Preventing Maternal Deaths Act of 2017, a bill to help reduce the death rate among mothers during pregnancy, childbirth and postpartum. The United States ranks 50th globally for its infant mortality rate and is one of eight countries where the rate is climbing.

During last year’s back and forth over the Affordable Care Act, the coalition pushed Senate leaders to oppose changes in the law, informally known as Obamacare, that would have limited access to preventive health services, disproportionately affecting women of color, women with disabilities and low-income women.

In a few weeks, Hadassah and the coalition will host the 2nd Annual Women’s Health Empowerment Summit in Washington, D.C., to coincide with Women’s Health Week (May 13-19). The May 16 conference will bring together women’s health experts and Washington officials to discuss risks, research and legislative recommendations to promote women’s health equity. Mirza will be among the speakers.

“Hadassah is committed to pooling our organization’s wisdom, experience and resources in the fight against gender disparities and inequities in all aspects of health,” said Ellen Hershkin, Hadassah’s national president. “We believe every woman deserves quality, affordable and equitable health care, and we will continue to work alongside coalition members and policymakers until we achieve that.”

Hadassah is well known in Israel for bringing modern health care to the country in 1912. Originally founded to provide emergency care to infants and mothers in prestate Israel, Hadassah Hospitals’ medical and research centers have led to breakthroughs in treatments of such diseases as multiple sclerosis, melanoma and macular degeneration.

In America, where the women’s organization has over 300,000 members, Hadassah has been focusing on education and grassroots advocacy – particularly when it comes to equity in women’s medical research.

Jill Lesser, president of WomenAgainstAlzheimer’s, one of the original members of the Coalition for Women’s Health Equity, says it’s important that the conversation about women’s health issues not be limited to women’s reproductive parts — “bikini medicine” — such as breast cancer, ovarian cancer and death during childbirth.

Alzheimer’s, for example, is predominately a women’s disease: Nearly two-thirds of the 5.4 million Americans living with Alzheimer’s are women, according to WomenAgaintAlzheimer’s.

Hershkin says Hadassah’s work in this area is just beginning. In conjunction with the summit, Hadassah will be hosting a women’s health and advocacy conference in Washington, “From Passion to Action,” scheduled for May 15-17. On the 17th, Hershkin will be leading a delegation of women from across the country for a day of lobbying on Capitol Hill.

“Women’s health doesn’t advance itself,” Hershkin said. “We have to fight to advance it.”

(This article was sponsored by and produced in partnership with Hadassah, The Women’s Zionist Organization of America, Inc., which is celebrating the 100th year of Hadassah Medical Organization, the Henrietta Szold Hadassah-Hebrew University School of Nursing and the Hadassah Ophthalmology Department. This article was produced by JTA’s native content team.)