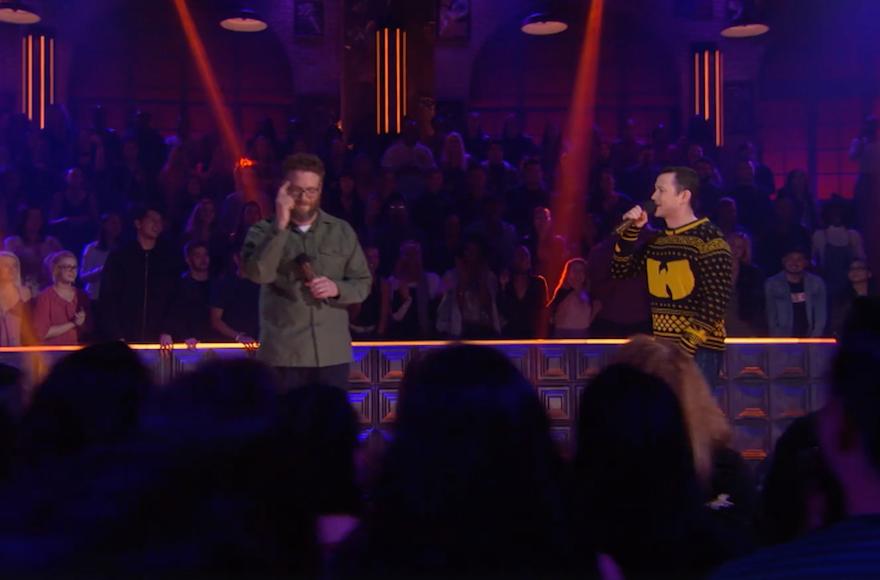 (JTA) — Seth Rogen and Joseph Gordon-Levitt are good friends. The Jewish actors have worked together on films like “The Night Before” and “50/50.”

But they took some time on Sunday on the rap battle show “Drop the Mic” to savagely insult each other.

Gordon-Levitt won the match (according to the one judge, rapper Method Man), but Rogen’s lines were full of Jewish jokes. In addition to joking about Gordon-Levitt’s nose, calling him a “shmo” and comparing him to the recent Jew by choice Zooey Deschanel, Rogen put together these lines:

“You’re like a glass of milk that went on Birthright/You prove you could be both too Jewish and too white.”

The closest Gordon-Levitt got to making a Jewish joke came in a crude reference to Rogen’s love for fellow Jewish actor James Franco, which cannot be repeated here.

Watch the full clip above.