‘The Band’s Visit’ gets 11 Tony nominations 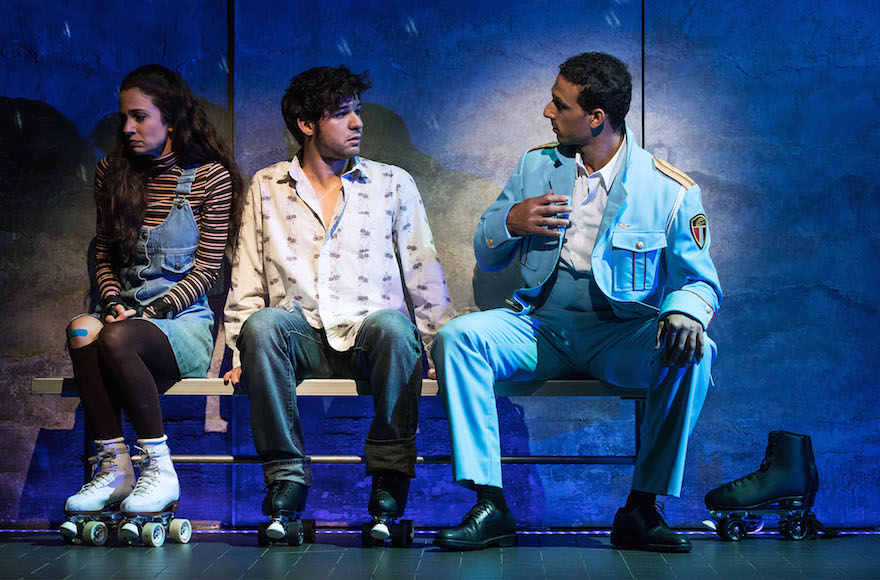 (JTA) — “The Band’s Visit,” about a troupe of Egyptian musicians that winds up in a tiny Israeli village, garnered 11 Tony nominations, including for best musical.

The musical, based on a popular 2007 film of the same name directed by Israel’s Eran Kolirin, also scooped up nominations for best original score, best book of a musical, best performance by a lead actor (Tony Shalhoub) and lead actress (Katrina Lenk) in a musical, best performance by an actor in a featured role (Ari’el Stachel) and several other technical categories when the full slate was announced Tuesday.

The show has received glowing reviews since its Broadway debut last fall. Like the film it is based on, it is the story of the small human encounters that occur between Arabs and Jews when an Egyptian police brass band is forced to spend the  night in a fictional backwater in the Negev desert. Composer and lyricist David Yazbek, whose mother is Jewish and father is Lebanese, said he wrote the musical to fuse his cultural backgrounds.

A revival of Tony Kushner’s seminal play “Angels in America” also received 11 nominations for categories that included best direction, best revival of a play and best performances by an actress in a featured role in a play (both Susan Brown and Denise Gough). Jewish actor Andrew Garfield is nominated for best actor in a leading role in a play for his performance.

On Broadway, an Israeli-American plays an Egyptian romantic in ‘The Band’s Visit’