US Army base investigates dismissal of volunteer Jewish lay leader 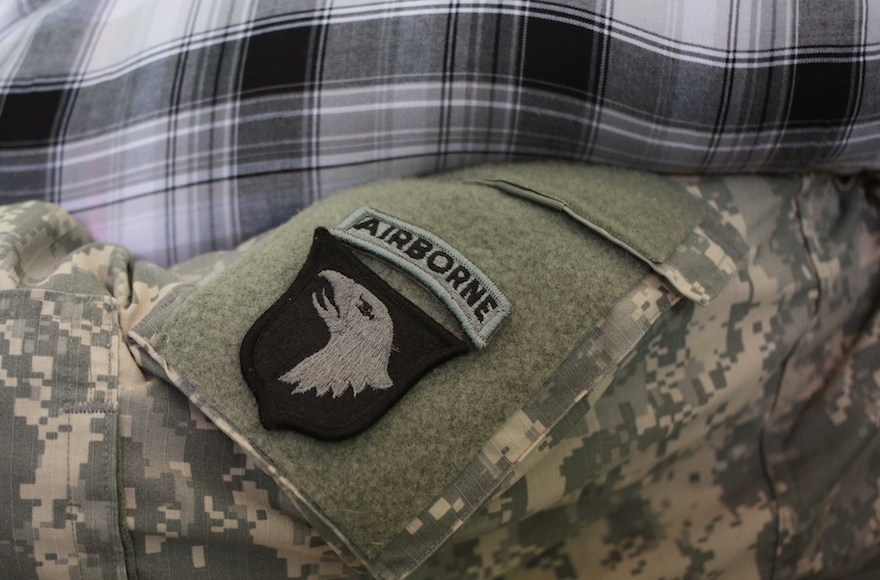 (JTA) — A U.S. Army installation located on the Kentucky-Tennessee border is probing the dismissal of a volunteer Jewish lay leader.

The lay leader, Jeanette Mize, told JTA last week that she was terminated in March by two 101st Airborne Division ranking chaplains at Fort Campbell without explanation after providing services to Jewish soldiers since 1999. The base does not have a Jewish chaplain and instead relied on Mize, along with her husband, Curt, and son, Lawrence, to provide Shabbat and High Holidays services for Jewish soldiers.

On Monday, Fort Campbell’s director of public affairs, Robert Jenkins, told The Tennessean that the base was replacing Mize. Jenkins said the new lay leader would be “officially” welcomed at a celebration for Shavuot, which starts on the evening of May 19.

Mize, who reached out to the Military Religious Freedom Foundation for help, said in a statement that there is “religious persecution for Jewish soldiers and their families” at the hands of two chaplains, Col. John Murphy and Lt. Col. Sean Wead, whom she characterized as “fundamentalist Christians.” Mize also said that the base organized a Passover event that did not actually occur on the holiday, and that upon attempting to organize a celebration on the correct date, she was told that it would not be advertised or receive funding.

Mize claims that another Christian base chaplain who was tasked with supervising her never attended Jewish services and that she was told it was due to the fact that doing so “would compromise his religion.” There are some 85 Jewish soldiers at the installation, according to Mize.

“Our family is saddened that there is no Shabbat worship at Ft. Campbell after 34 continuous years,” Mize said in the statement. “We are concerned about the small synagogue that is set up there that we worked so hard all these years to keep alive and operating.”

She said the nearest synagogue was located in Nashville, over 50 miles away.

“The dismissal of the Jewish lay leaders, the reports that division chaplains refused to support attempts to celebrate Passover and the discontinuation of Shabbat services would appear to infringe on the Constitutionally guaranteed religious freedom of the Jewish service members at Fort Campbell,” Engel wrote in a letter Monday to Mattis.

The Jewish Federation of Nashville and Middle Tennessee praised the military for opening an investigation in a Wednesday statement to JTA.

“We welcome and commend the military for initiating this crucial investigation. We need to have complete assurances that this decision was not based on religious discrimination that would hinder the ability of Jewish soldiers to freely practice their religion at Fort Campbell,” the federation said in the statement.