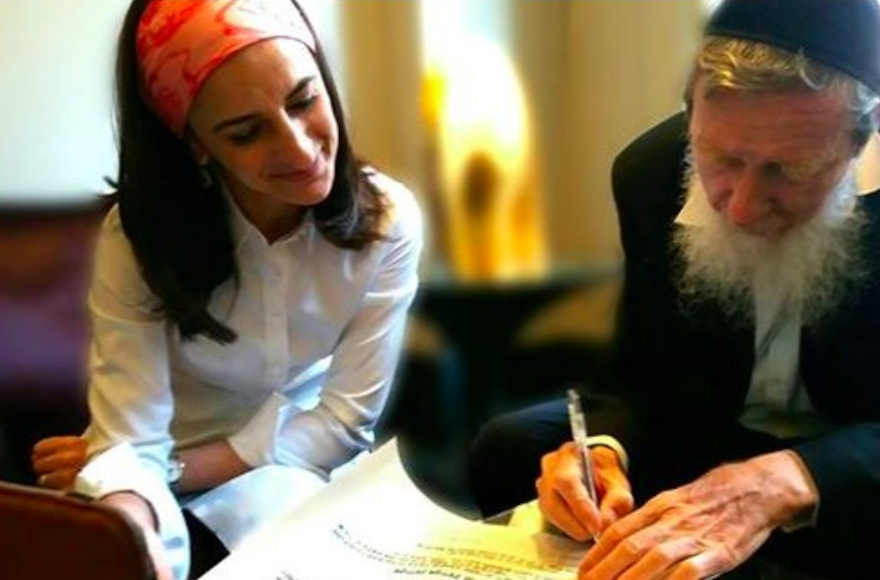 She received her semicha, or rabbinic ordination, on Monday in London from British-born Israeli academic and rabbi, Dr. Daniel Sperber, after he administered a two-hour exam.

Brawer, who was born in Milan to Moroccan-born parents, will take the title of “rabba.”

“I will describe myself as a rabbi, that’s what I’ve trained to do and that’s what I’m qualified to serve as,” she told Britain’s Jewish News.

She sat for her semicha, or ordination, test after completing a four-year program at Yeshivat Maharat in New York, according to the Jewish Chronicle. A graduation ceremony will be held in June at Hebrew Institute of Riverdale in Bronx, New York.

Yeshivat Maharat trains and ordains Orthodox women clergy members. Although a handful of Modern Orthodox synagogues in North America have hired its graduates, the New York school was one of the main targets of a decision issued last year by the Orthodox Union, an umbrella group for Modern Orthodoxy, barring its member synagogues from hiring female clergy.

Brawer served this year as a rabbinic intern at Netivot Shalom, in Teaneck, New Jersey. She is also the founder of the United Kingdom branch of the Jewish Orthodox Feminist Alliance, or JOFA. She has been performing ritual and pastoral duties as a rabbinic student, and served as a scholar-in-residence at Hampstead Synagogue from 2015 to 2016.

“I wanted to be a role model to women and girls in the community, to show this is not something only possible as a man, but definitely possible as a woman and something women should aspire to,” she told the Jewish News. “Young girls should become anything they want. You can be well-educated, you can get a PhD in any topic, but when it comes to Jewish studies and religious studies, there’s a limitation. Well, there’s definitely no limitation.”

Brawer was raised in a Chabad community. She and her husband, Rabbi Naftali Brawer,  the former rabbi of Borehamwood and Elstree Synagogue outside of London, announced that they will be moving to the Boston area. She is currently completing a Hillel Office of Innovation Fellowship for Rabbinic Entrepreneurship, and her husband will start work as executive director of Tufts University Hillel.

Exhilarating to get to the final stages: #ordination pic.twitter.com/ZcV6Xmhb8t