Michele Bachmann apologizes for calling on Jews to convert to Christianity 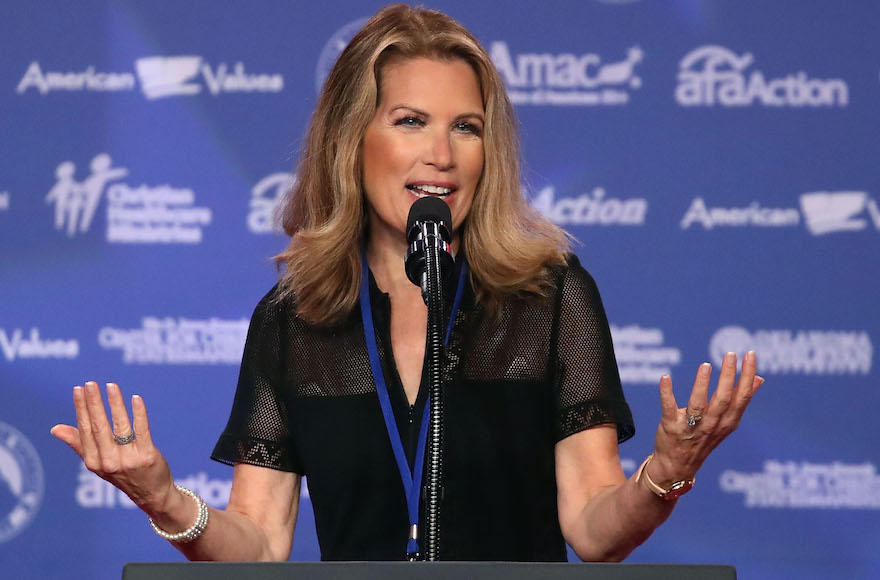 (JTA) — Michele Bachmann apologized in Israel for statements she previously made calling on Jews to convert to Christianity in order to help bring the End of Days.

Bachmann, a former congresswoman from Minnesota who ran for the Republican presidential nomination in 2012, said in 2015 that Christians need “to be faithful in the Kingdom and to help bring in as many as we can, even among the Jews — share Jesus Christ with everyone that we possibly can because, again, He’s coming soon.”

Bachmann made the comments during a radio interview in Israel while on a tour organized by the Family Research Council, a conservative Christian group.

Bachmann apologized for that statement Sunday at a joint Jewish-Christian Bible study at the Knesset, held in honor of Jerusalem Day. She asked for “repentance from the Jewish people for the horrible and arrogant way Christians — myself included — treated and regarded the Jewish people.”

The event was co-sponsored by the Knesset Caucus for the Encouragement of Bible Study, the Schindler Society and Israel365’s Yeshiva for the Nations, which aims to teach Torah to non-Jews. This was the third such Bible study and the first one to take place on Jerusalem Day.