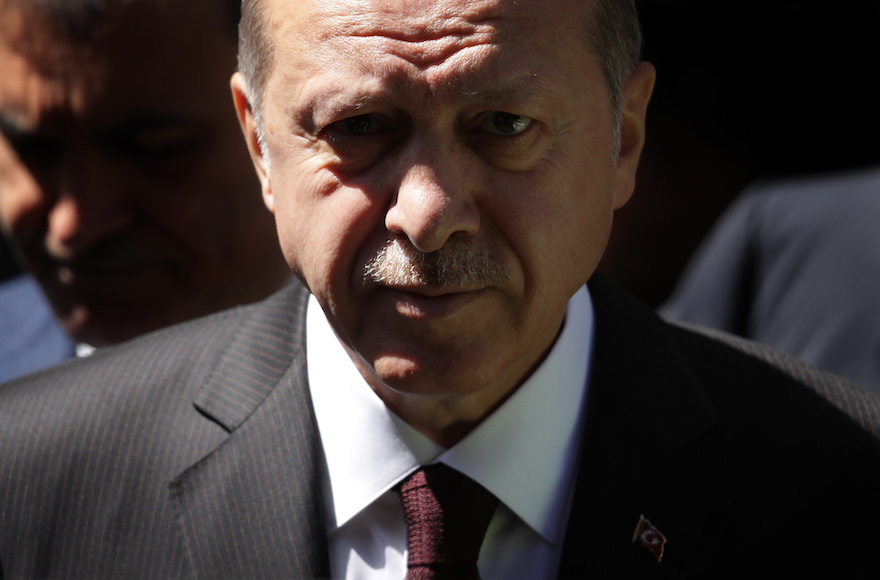 JERUSALEM (JTA) — Turkey expelled the Israeli ambassador in Ankara in response to the violence on Israel’s border with Gaza that left at least 58 Palestinians dead.

The move on Tuesday came a day after Turkey recalled its ambassadors to the United States and Israel.

Turkey’s Foreign Ministry summoned Israeli Ambassador Eitan Naeh and told him it would be “appropriate” for him to return to his country “for a while,” the state-run Andalou news agency reported, citing unnamed diplomatic sources.

Turkish President Recep Tayyip Erdogan on Monday night called Israel a “terror state,” adding that “the assault on the Gaza protesters exposed Israel’s ugly visage, as one who carries out genocide in Gaza.”

“Erdogan is among Hamas’s biggest supporters and there is no doubt that he well understands terrorism and slaughter,” he said. “I suggest that he not preach morality to us.”

“We will receive the wounded from Gaza first in Ankara. We have prepared our hospitals according to the conditions of the wounded,” he told Andalou.