They just got married in Australia’s first same-sex Jewish wedding, but they’ve been together for 47 years 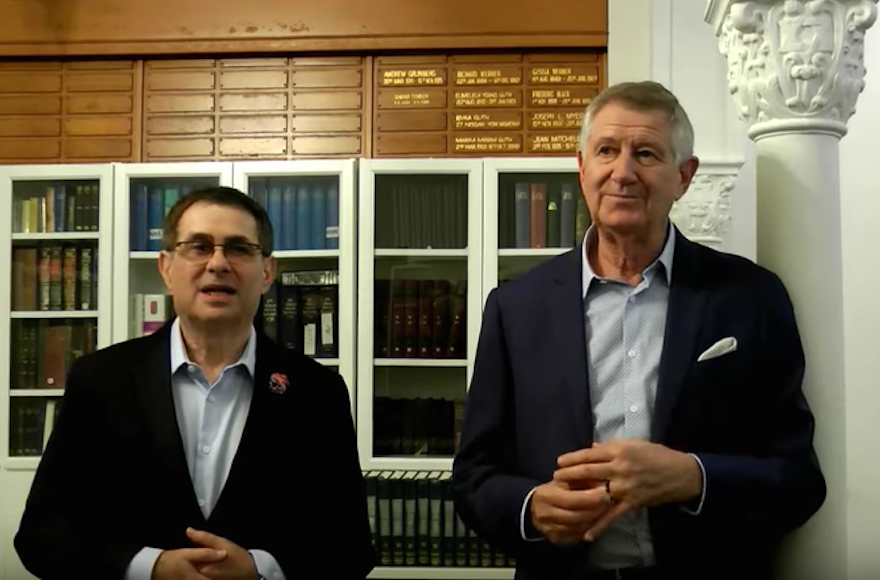 SYDNEY (JTA) — Two men who have been in a relationship for 47 years became the first Jewish same-sex couple to be married in an Australian synagogue.

At their wedding ceremony earlier this month, Ilan Buchman, 70, and Oscar Shub, 71, stood under a huppah. Sticking to Jewish tradition, each groom circled the other three times and on the seventh revolution they simulated a figure eight. Each man broke a separate glass simultaneously.

Emanuel Synagogue is a pluralist congregation that includes the Masorti, Progressive and Renewal streams of Judaism, which all have advocated for marriage equality in Australia.

“Oscar and I have been partners for 47 years and after 47 years our fondness for each other is as strong as it ever was and hopefully will continue to be so,” Buchman told JTA.

In Shub’s speech at the wedding he said: “Who would have believed in 1971 that I would be standing here tonight married to my partner, my best friend, and the love of my life for the past 47 years. That says it all.”

Buchman told JTA the new legislation is “important and life changing for so many gay people, particularly young people coming to grips with their sexuality, and for their parents to realize that their gay child can live life exactly as everyone else.”

He acknowledged that the legalization of same-sex marriage “took a long time to come.”

Shub added: “I feel that after years of discrimination we have a duty to ease the passage for the young generation of LGBTI people who are coming out to be accepted by their communities.”

A second same-sex wedding is scheduled at the synagogue early next month, to be officiated by Kamins and Rabbi Jacqueline Ninio, who has been a strong advocate of marriage equality in the Jewish community for over a decade.