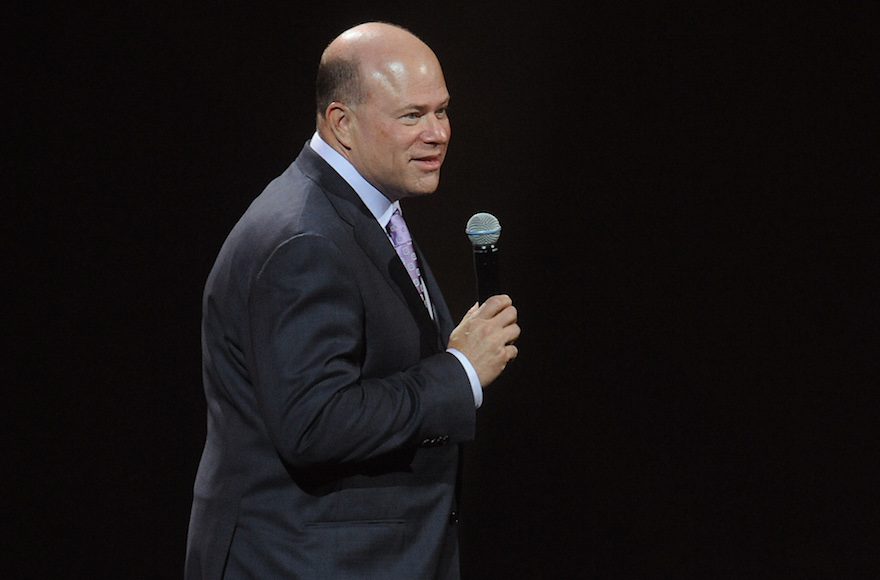 Tepper on Wednesday purchased the team for a record $2.3 billion from Jerry Richardson, who announced plans to sell the team after reports accusing him of workplace misconduct, including sexual harassment and the use of a racial slur. NFL team owners are expected to approve the sale later this month.

“I am thrilled to have been selected to be the next owner of the Carolina Panthers,” Tepper, 60, who has given to Jewish causes, said in a statement. “I have learned a great deal about the community and the team over the past several months and look forward to becoming part of the Carolinas.” Tepper was a minority owner of the Pittsburgh Steelers since 2009.

Forbes estimates Tepper’s worth at $11 billion.He has donated about $125 million to Carnegie Melon University, where he attended business school, including a $67 million gift in 2013 to develop the Tepper Quadrangle which includes a school of business, as well as other buildings and a university welcome center.

He reportedly donates around $25,000 annually to ORT America and also has funded Chabad on Campus. Tepper in 2006 donated $1 million to United Jewish Communities of MetroWest New Jersey toward their Israel Emergency Campaign.