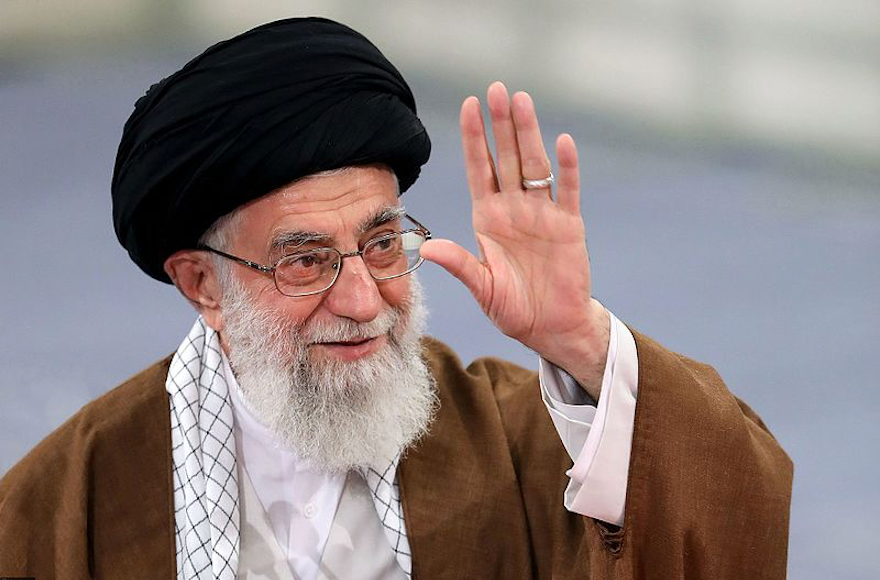 (JTA) — Iran’s supreme leader, Ayatollah Ali Khamenei, called for a referendum in order to decide the future of the historical lands of Palestine.

In a meeting Sunday with university professors and intellectuals, Khamenei suggested that people who trace their roots to before the creation of the modern State of Israel should be polled, including Muslims, Christians and Jews.

“Today, democracy is a modern method, which is accepted by the entire world. We said that to determine the fate of the historical country of Palestine, they must refer to the people of Palestine and this proposal has been registered at the United Nations as the Islamic Republic’s opinion,” Khamenei was quoted by the official Islamic Republic News Agency as saying.

“A referendum must be conducted among Palestinians, who have lived there for the past 80 or 100 years, including Muslims, Jews and Christians, both inside or outside the occupied territories. Then what they vote for should be done. Is this a bad idea? The European countries refuse to understand this.”

Khamenei also criticized Prime Minister Benjamin Netanyahu for accusing Iran of working toward building a nuclear arsenal in part to destroy Israel while the Israeli leader was visiting several European capitals this month.

“The oppressor child killer goes to other countries playing the victim that Iran wants to destroy several millions of its population,” he said.

“That European audience listens to him, shakes head and does not say that it is the Israelis who are currently committing these crimes in Gaza and al-Quds,” Khamenei said. Al-Quds is another name for Jerusalem.

In a tweet, he also took issue with the idea that Iran is planning Israel’s destruction.

“The Islamic Republic plays rationally in all issues. On the issue of the Zionist regime, Gamal Abdel Nasser would say ‘we will throw the Jews in the sea,'” he said, referring to the late Egyptian leader. “The Islamic Republic has never said anything like that since its inception.”