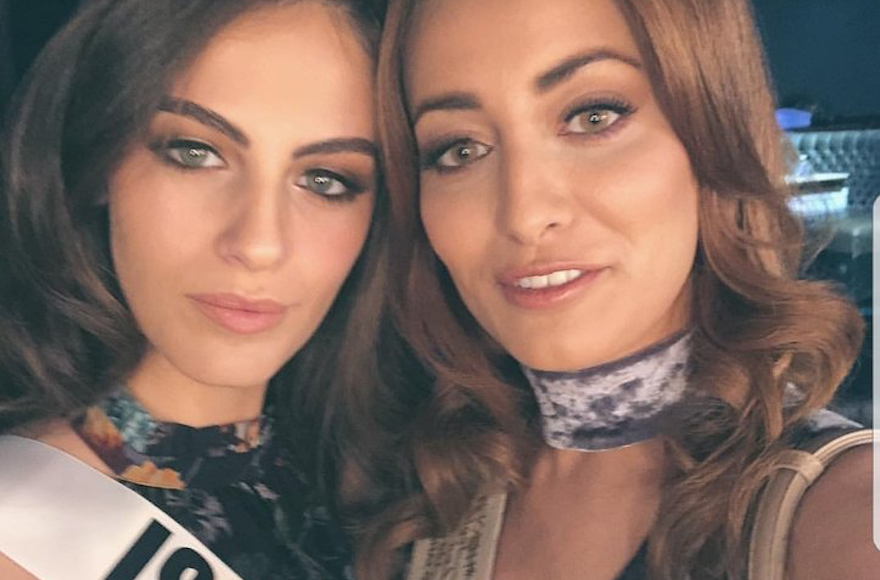 JERUSALEM (JTA) — Iraq’s Miss Universe 2017 contestant is visiting her counterpart in Israel, several months after she came under fire for posting a photo with Miss Israel during the competition.

The family of Sarah Idan, who lives in the United States, was forced to flee Iraq after a photo of her and Miss Israel, Adar Gandelsman, was posted in December 2017.

Idan arrived in Israel this week, when she was reunited with Gandelsman, according to a tweet Tuesday from Ofir Gendelman, Prime Minister Benjamin Netanyahu’s spokesman to the Arabic media. He also posted photos of the two women.

Friendly relations between Israelis & Arabs will defeinitely help in ushering in a better tomorrow for all of us in the Middle East. pic.twitter.com/mOLKNv4IiZ

“Friendly relations between Israelis & Arabs will definitely help in ushering in a better tomorrow for all of us in the Middle East,” read the post.

Idan arrived in Israel to participate in the American Jewish Committee Global Forum in Jerusalem.

She was reportedly cheered when she visited the Mahane Yehuda Market in Jerusalem, where she ate at an Iraqi-Jewish restaurant.

During the Miss Universe competition in Tokyo in November 2017, Gandelsman and Idan posed for photos on their respective Instagram accounts. Idan’s caption read “Peace and Love from Miss Iraq and Miss Israel.” She received death threats as a result of the photo but refused to take it down.