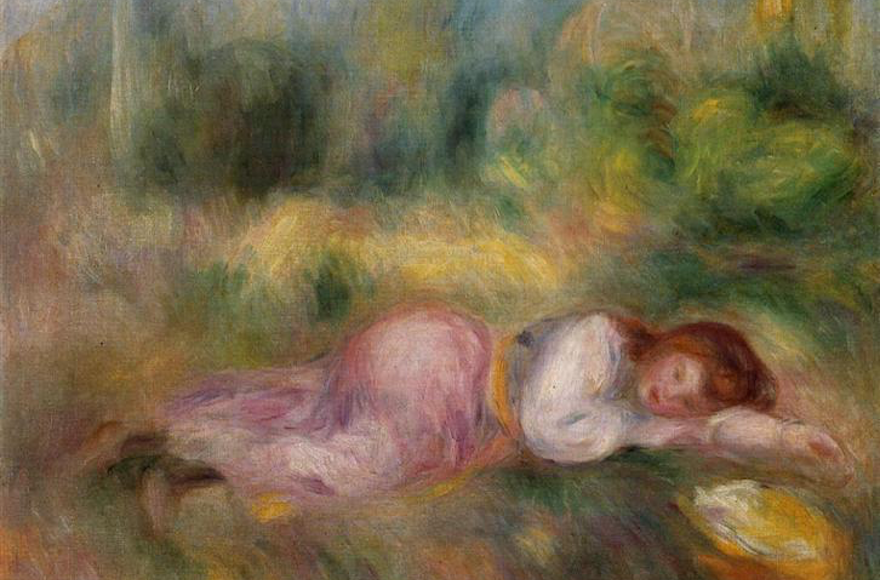 “Girl Streched out on the Grass” by Pierre-Auguste Renoir, 1890. (WikiArt)

(JTA) — A Croatian man is accused of falsely presenting himself to an Italian art gallery owner as a “diplomat rabbi” to distract the dealer as accomplices stole paintings worth $30 million.

Nenad Jovanovic, who is not Jewish, is said to have led and masterminded the subterfuge last year in Monza, a northern suburb of Milan, the Corriere della Sera daily reported Tuesday based on police sources.

Jovanovic, 44, was arrested last month along with three locals as prosecutors and police look into their alleged connection with the theft of one painting by the Flemish artist Peter Paul Rubens and another by Pierre Auguste Renoir.

According to the Corriere della Sera report, Jovanovic, who has a criminal record for fraud, presented himself to the gallery owner, who was not named, as Samuel Abraham Lewy Graham — an Israeli rabbi and a diplomat in the Israeli Foreign Ministry. Jovanovic allegedly invited the gallery owner to a meeting at what Jovanovic is said to have described as the Israeli consulate in Milan. Jovanovic reportedly told the owner he was interested in buying the paintings.

The heist itself took place weeks later at an apartment one floor beneath the Albanian mission in Milan. Jovanovic is said to have proposed the site as the preferred venue for the completion of the transaction. He made the gallery owner believe that the venue was actually the Albanian mission, prosecutors said.

The whereabouts of the two paintings — a part of the “Holy Family” series by Rubens and “Girls on the Lawn” by Renoir – remain unknown to police.