The road to LGBTQ acceptance in Israel was bumpy. I should know. 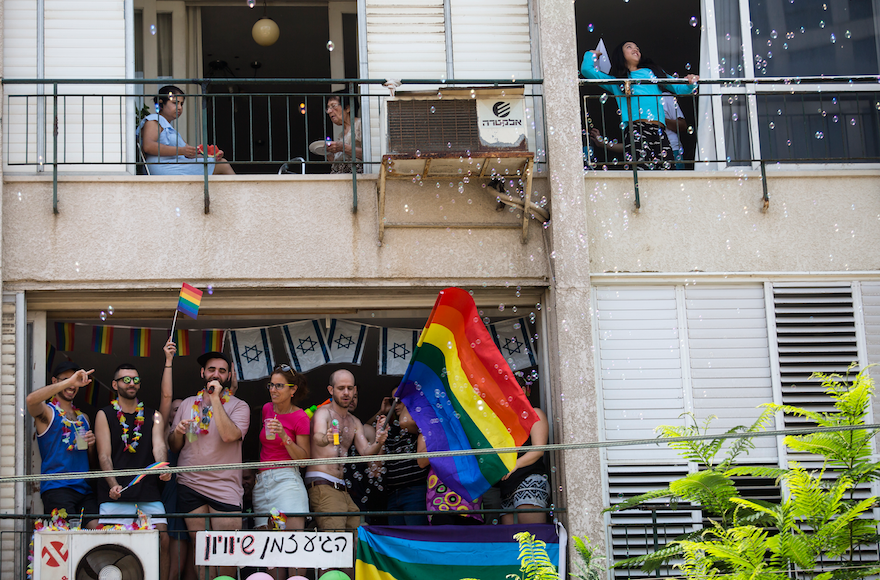 TEL AVIV (JTA) — Tel Aviv has been decked out in rainbow flags for weeks. Suddenly, it seems, every restaurant, coffee shop and store is super “gay friendly.”

The city’s Pride Parade is traditionally held on the second Friday of June. Fifteen years ago, estimates were that 9,000 people attended the event. This year there were a quarter of a million. About 40,000 tourists came to Israel especially to participate in and enjoy the range of activities before and after Friday’s spectacular. The Tel Aviv municipality budgeted 3 million shekels (nearly $1 million) to make sure that the events, and especially this 20th successive parade, went off smoothly, safely and securely.

The statistics tell a story of acceptance, freedom, welcome and nondiscrimination. It hasn’t always been this way. I’ve come a long way along the bumpy road to this somewhat-equality for the LGBTQ community in Israel. The road ahead still beckons.

In 1979, I arranged to have the annual conference of the World Congress of Gay and Lesbian Jewish Organizations in Israel. I had been fortunate enough to attend two conferences previously, one each in New York and Los Angeles. The name World Congress was a little pretentious: Most of the 20 or so then-member groups were American, with Israel, England and France representing the “world.”

I started planning 18 months before. Finding a conference site, planning the program, sending registration forms – lots of work without an office and all done by a few volunteers. It was hard, especially in those days before emails, internet and faxes, and when international calls cost a small fortune. But things seemed to be falling into place until that fateful phone call from the kibbutz guest house I’d selected for the conference, just five weeks before the start: “Uuhhh – we’re sorry to have to do this but we have no option. We are canceling our commitment to host the conference because the Rabbinate in Jerusalem has threatened to withdraw our kosher certification if we go ahead.”

I was stunned. After all, we had signed a contract to have the three-day conference there — accommodation, meals, conference rooms, facilities – everything.

The Chief Rabbinate has the exclusive right to issue kosher certification for hotels and restaurants, and it can use that as a tool to do whatever it likes. Although many restaurants don’t bother, no Israeli hotel that wants to attract foreign tour groups can hope to do so if they don’t offer — and pay for — rabbinical kosher supervision.

I tried to argue, pointing out the legal aspects of a contract, of morality, decency and ethics, but the hotel was between a rock and a hard place and just refused. 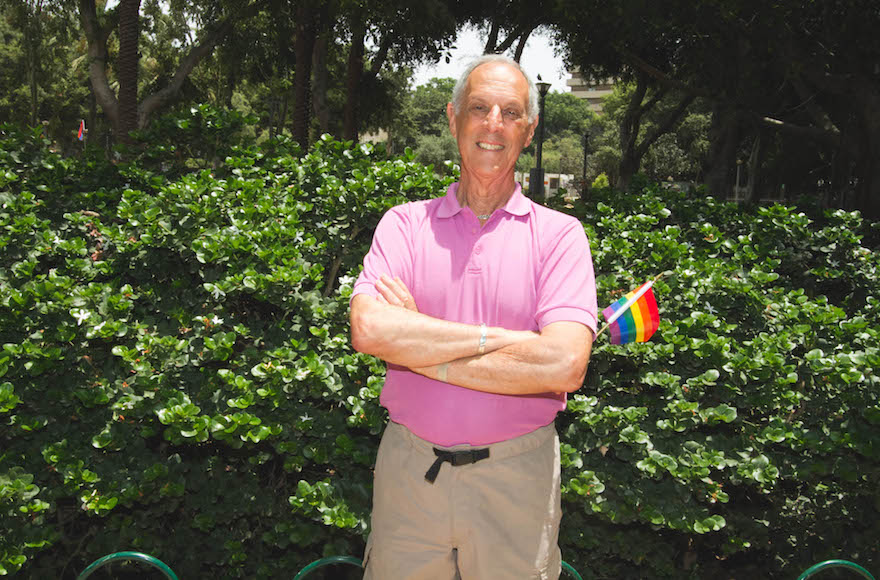 Jonathan Danilowitz arranged to have the annual conference of the World Congress of Gay and Lesbian Jewish Organizations in Israel in 1979. (Courtesy of Danilowitz)

Midsummer in Israel is high season for tourism. With the conference just weeks away, I scrambled to find another suitable location with the accommodations and facilities we needed. I heaved a sigh of relief when a small Tel Aviv hotel accepted our reservations and again I signed the contract. Things were back in gear until the next bombshell hit: same telephone call, same stuttering apology and same explanation. This time – just days before the first conference participants were due to land – the Tel Aviv Rabbinate had discovered our plans and forced the hotel to cancel.

Oh, we held the conference: We rented a wedding hall — posing as travel agents — and had the event there. It was a grand success.

I took two stinging slaps in the face, but each time I simply backed down. How could this have happened? Because I was gay; because homosexuality in 1979 was still officially criminalized in Israel; and because I thought I had no rights. I “knew” there was nothing I could do and anyway, I was too afraid to try. Who would support me? Would a lawyer represent me? How could I fight back against the powerful Rabbinate?

Yet only 10 years later I stood up in court, suing my employer, El Al Israel Airlines, for illegal discrimination against me as a homosexual. I needed my job, but I needed my self-esteem, too. I needed to stop living a lie; to step out of the dark dreary closet and start living. No longer would I let people spit on me and pretend it was just rain. I turned 180 degrees: I had rights, I was equal to others, even better than some. And I was ready to tell the world: Don’t mess with an angry gay man.

My lawsuit lasted six years and dragged through three court levels. Each time the judges ruled in my favor, and each time El Al appealed to a higher court, until Israel’s Supreme Court decision in 1994: “Enough already! Give this man his rights. Discrimination is illegal.” 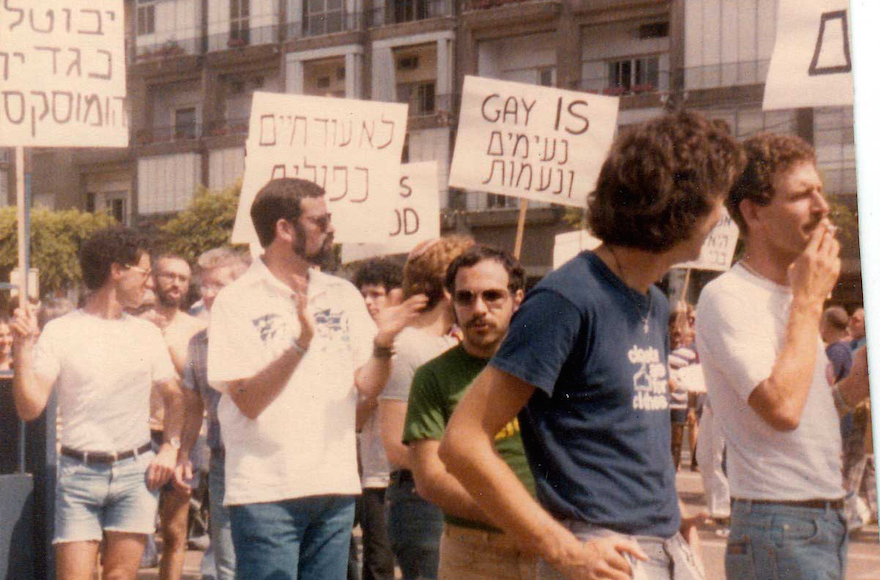 The Fourth International Conference of Gay and Lesbian Jews in Tel Aviv, 1979. (Courtesy of Howie Sorkin)

The decision, saying those in a gay relationship are owed the same employee benefits as heterosexuals, became a precedent that paved the way to opening up Israel’s LGBTQ community to equality. I continued happily working for the airline for eight more years, until I could take early retirement.

In 1979, I was meek and mild and ready to accept that being gay was the cross I had to bear. By 1989 I was a proud, out citizen who just happened to be gay, and so what?

In 2018, there were a quarter of a million participants in this year’s Pride Parade — almost 40 years since that fateful conference and 30 years since I stood up in court and demanded my rights. I feel a tinge of pride – perhaps a quarter of a million tinges of pride – that we’ve come such a long way. It wasn’t easy, and the road ahead won’t be either. But until there is no need for parades, events, conferences and the like, we must continue battling the insensitivity and ignorance that is homophobia.

The time has come to stand on the right side of history. Next year my partner and I — we met at that conference — will celebrate our 40th anniversary.

(Jonathan Danilowitz, born and raised in South Africa, is a retired flight attendant and freelance translator who has lived in Israel since 1971.)