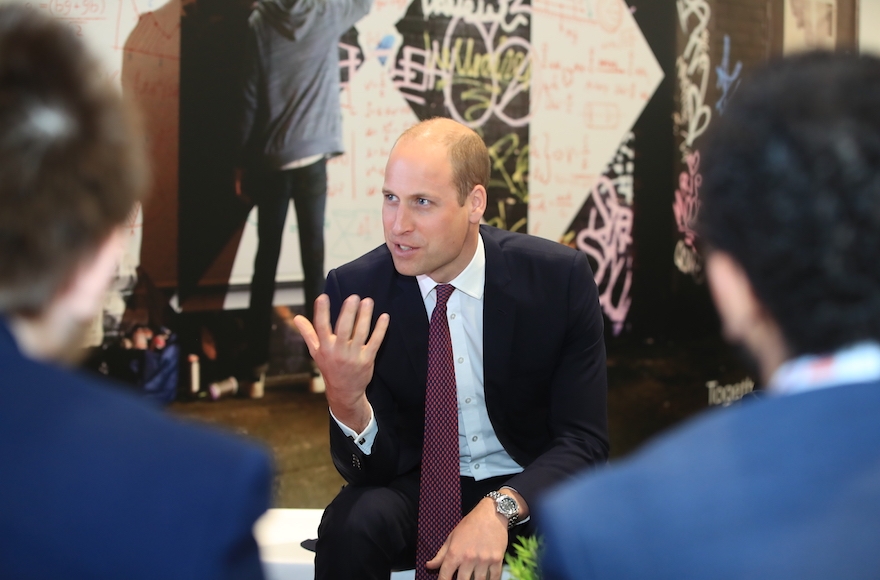 JERUSALEM (JTA) — The Israeli Cabinet member in charge of Jerusalem has called on the staff of Britain’s Prince William to correct the itinerary for his upcoming official visit to Israel that lists the city as being in the “Occupied Palestinian Territories.”

“United Jerusalem has been the capital of Israel for 3,000 years and no distortion in the tour itinerary can change that reality,” Jerusalem Affairs Minister Zeev Elkin said in a statement that also was posted Monday on Facebook. “I expect the prince’s people to correct the distortion.”

“It’s regrettable that Britain chose to politicize the Royal visit,” Elkin also said, according to Ynet.

Elkin has announced that he will run for mayor of Jerusalem in elections scheduled for October.

Prince William, who is also known by the title Duke of Cambridge, is scheduled to visit Jordan on June 24 before traveling to what his itinerary released by Kensington Palace refers to as Israel and the Occupied Palestinian Territories.

William reportedly will visit the Temple Mount, the Church of the Holy Sepulchre and the Western Wall, all in the Old City, which are not specifically listed on his schedule and could be labeled as private visits. However, his itinerary reportedly includes time for “allowing His Royal Highness to understand and pay respect to the religions and history of the region.”

William, who will be staying at the historic King David Hotel, will not be accompanied by his wife, the former Kate Middleton, who recently gave birth to the couple’s third child.