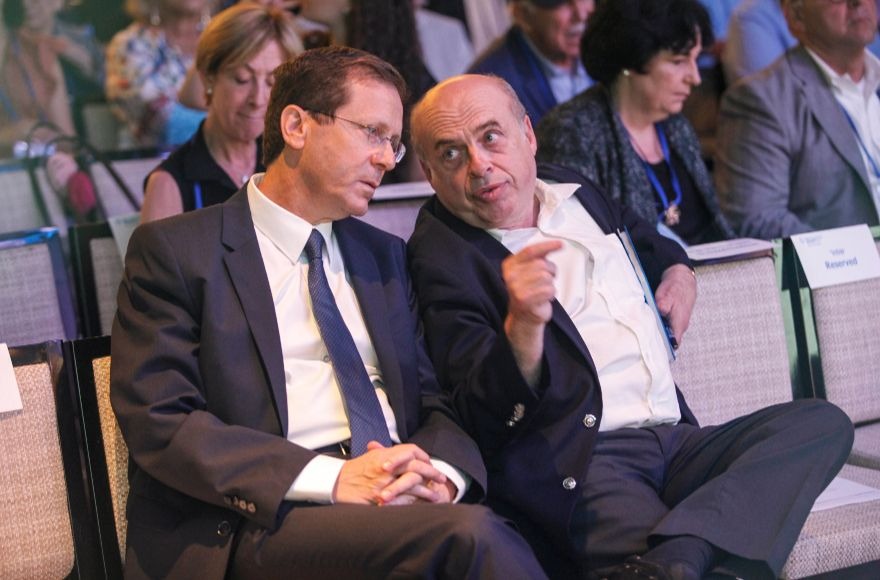 JERUSALEM (JTA) — The Jewish Agency for Israel’s Board of Governors unanimously approved Israel’s opposition leader Isaac Herzog to replace Natan Sharansky as the head of the quasi-governmental organization.

The board voted on the appointment Sunday morning, accepting the nomination of the Leadership Nominating Committee, composed of the leaders of The Jewish Agency’s constituent organizations – the Jewish Federations of North America, Keren Hayesod-UIA, and the World Zionist Organization.  Herzog, who will step down from the Knesset to assume the new position, will start his four-year term on August 1.

Herzog was approved despite the opposition of Israeli Prime Minister Benjamin Netanyahu. The Jewish Agency rejected Netanyahu’s preferred choice, Energy Minister Yuval Steinitz — the first time the agency has rejected a prime minister’s pick for the position in 23 years, according to Haaretz.

Herzog, the former chair of the Labor Party, is the current opposition leader in the 20th Knesset. Born in Tel Aviv, Herzog lived and studied in the United States when his father, Chaim Herzog, served as Israel’s ambassador to the United Nations in the 1970s, attending Manhattan’s elite Orthodox Ramaz School.

“A Jew is a Jew is a Jew, no matter his denomination or the type of kippah he chooses to wear or not to wear on his head. I promise to work hard [to] promote Jewish unity and to partner with the Prime Minister and the government to achieve this crucial goal,” Herzog said following his approval.

The Jewish Agency for Israel, founded in 1929, is the largest Jewish nonprofit in the world and is primarily known for fostering the aliyah of Diaspora Jews to Israel. Under Sharansky, however, the agency moved away from its traditional mission of bringing in and settling new immigrants to Israel and focused more squarely toward building global Jewish identity.

“We are the only organization whose leadership includes representatives of both the coalition and the opposition, of Orthodox, Conservative, and Reform Jewry, and of Jewish communities around the world. We are the independent voice of the Jewish people and, at the same time, our main partner is the government of Israel. It is essential that we preserve both our independence and our partnership, and I wish you much success in that crucial endeavor,” Sharansky told Herzog.