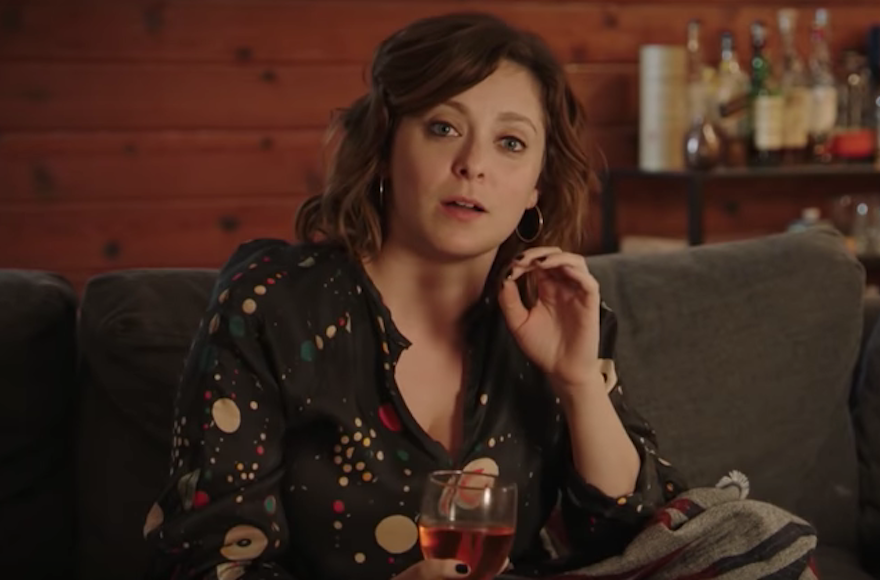 (JTA) — “Drunk History” is a popular Comedy Central show in which stories from history are narrated by comedians who are, as the title implies, under the influence.

The latest episode, set to air Tuesday night, includes a telling of the hunt for Adolf Eichmann, the main architect of the Holocaust who escaped to Argentina but eventually was captured by Israel’s Mossad intelligence agency.

The vignette is narrated by Rachel Bloom, the Jewish star and creator of “Crazy Ex-Girlfriend,” and also features performances by Tony Hale (“Arrested Development,” “Veep”), Alex Karpovsky (“Girls”) and Weird Al Yankovic (who plays Eichmann, following his turn as Hitler in a season two episode on the Joe Louis vs. Max Schmeling boxing match). Needless to say it’s hilarious, and you can watch the full clip above.

And don’t worry: While “Drunk History” goes for laughs, the producers say they do have fact checkers to make sure the outlines of the stories remain accurate. Critics and educators have praised the series for bringing wider awareness of historical episodes involving Jews, people of color, Asian Americans, Native Americans and people with disabilities, to name a few.