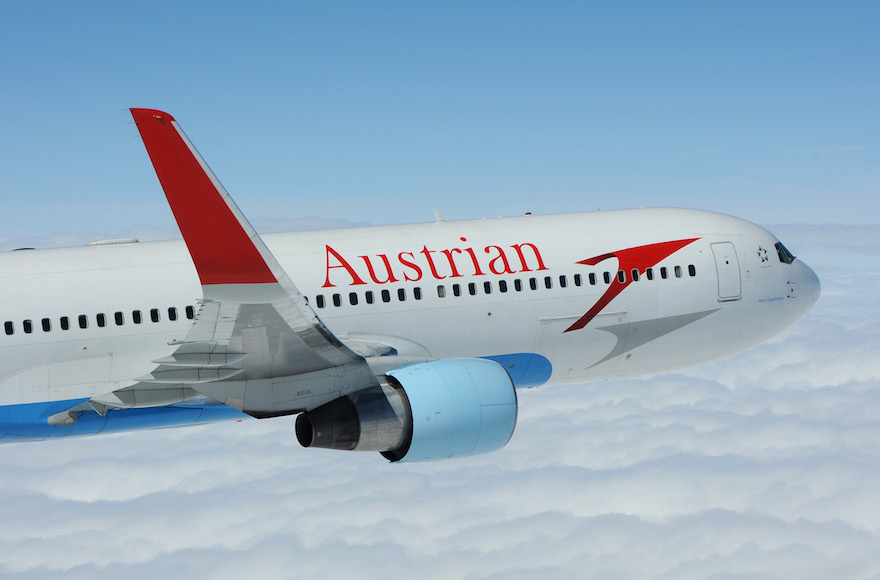 JERUSALEM (JTA) — The pilot of an Austrian Airlines flight had to leave the cockpit and convince several women to change their seats after haredi Orthodox men refused to sit next to female passengers.

The Friday morning flight from Tel Aviv to Vienna left 40 minutes late and was delayed for another half hour in Austrian airspace after failing to miss the morning rush hour, Ynet reported.

The 26 haredi men had been scheduled to fly to Vienna on the Polish national airline LOT, but when that flight was canceled they moved to the Austrian Airlines flight.

Flight attendants on the flight reportedly tried to convince the men to take their assigned seats, but those next to women refused. Eventually the pilot came out and convinced several women to move their seats, Ynet reported.

“We regret any inconvenience which may have been caused to our passengers,” Austrian Airlines said in a statement. “The flight was delayed due to the boarding and seating of passengers of the LOT airline whose flight had been canceled and who boarded the plane at the last moment. Since it was a large group of passengers, 26 people, the cabin crew did everything in its power to help the passengers as much as it could.”

The incident comes a week after an El Al flight from New York to Israel was delayed by more than an hour after four haredi Orthodox men refused to take their assigned seats next to women. Two women eventually agreed to change their seats in order to allow the flight to take off.

Days later, the company CEO announced that the airline will “immediately” remove any passenger who refuses to sit next to another passenger for any reason, hours after a major Israeli tech company announced it would no longer fly its employees on the airline due to gender discrimination.

One year ago, an Israeli court ruled that El Al cannot ask women to move seats to accommodate a man who does not want to sit next to a woman. The court was responding to a lawsuit filed by a female Holocaust survivor in her 80s.