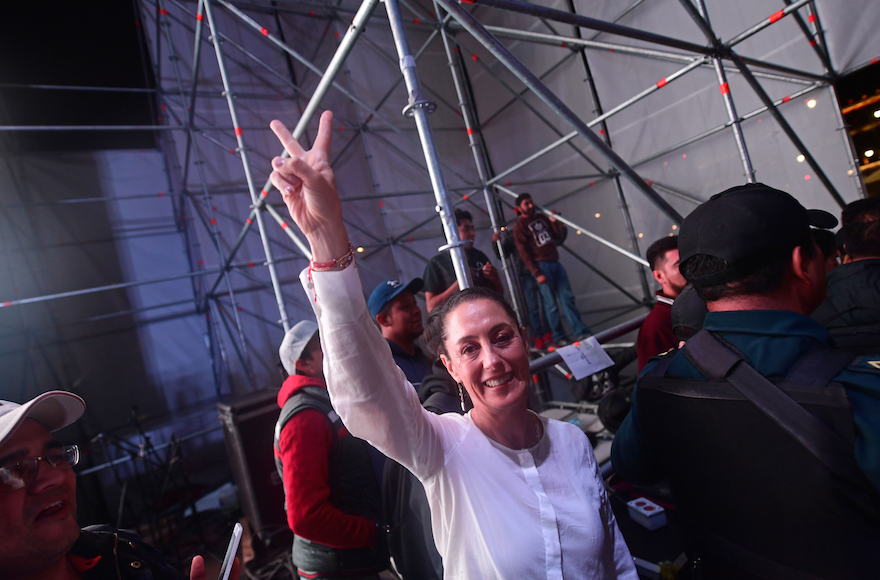 A woman had previously been appointed Mexico City’s mayor on an interim basis for a year in 1999, but Claudia Sheinbaum Pardo is the first woman to be publicly elected to the office.

Sheinbaum, 55, the granddaughter of Jewish immigrants from Lithuania and Bulgaria, is a scientist who holds a doctorate in engineering and physics. She is a member of the leftist National Regeneration Movement party and has close ties to Andres Manuel Lopez Obrador, the party’s leader and Mexico’s newly elected president.

The party has promised to bring significant change to the country by cutting down on crime and governmental corruption.

“Just because I might look like a skinny scientist doesn’t mean I’m not going to crack down on crime here. I will,” Sheinbaum said at a recent rally according to multiple reports.

Sheinbaum, who previously served as Mexico’s secretary of the environment, said at a recent speech that she celebrated Jewish holidays growing up.

Lopez Obrador’s landslide victory, which puts a leftist party in charge for the first time in generations, could usher in a new era of politics in Mexico, which has been ruled by traditional, mainstream parties for nearly two decades.