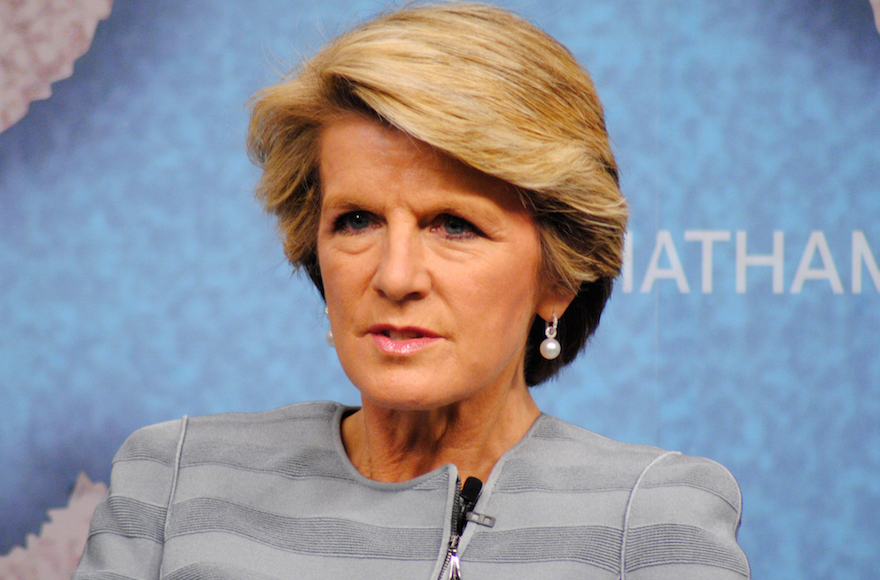 (JTA) — Australia has stopped giving direct aid to the Palestinian Authority due to concerns that the money is being used to pay Palestinian terrorists and their families.

Australian Foreign Minister Julie Bishop said in a statement Monday that the country was cutting its funding to the World Bank’s Palestinian Recovery and Development Program fund. Australia will redirect that $10 million in Australian currency ($7.4 million U.S.) to the U.N. Humanitarian Fund for the Palestinian Territories, which supplies Palestinians with health care, food, water and shelter.

Bishop wrote to the Palestinian Authority in late May to ensure that Australian funding was not supporting terrorists and is now “concerned” over where that money goes.

“I am confident that previous Australian funding to the PA through the World Bank has been used as intended,” she wrote. “However, I am concerned that in providing funds for this aspect of the PA’s operations there is an opportunity for it to use its own budget to activities that Australia would never support.”

Israel has long maintained that the Palestinian Authority and its president, Mahmoud Abbas, encourage terror attacks against Israelis by giving perpetrators and their families financial rewards. Israeli lawmakers are advancing a law to slash funds to the P.A. by the same amount it uses to pay terrorists, and the United States, in the Taylor Force Act, cut funding to the P.A. over the payments to convicted terrorists and their families.

“Any assistance provided by the Palestine Liberation Organization to those convicted of politically motivated violence is an affront to Australian values and undermines the prospect of meaningful peace between Israel and the Palestinians,” Bishop said.