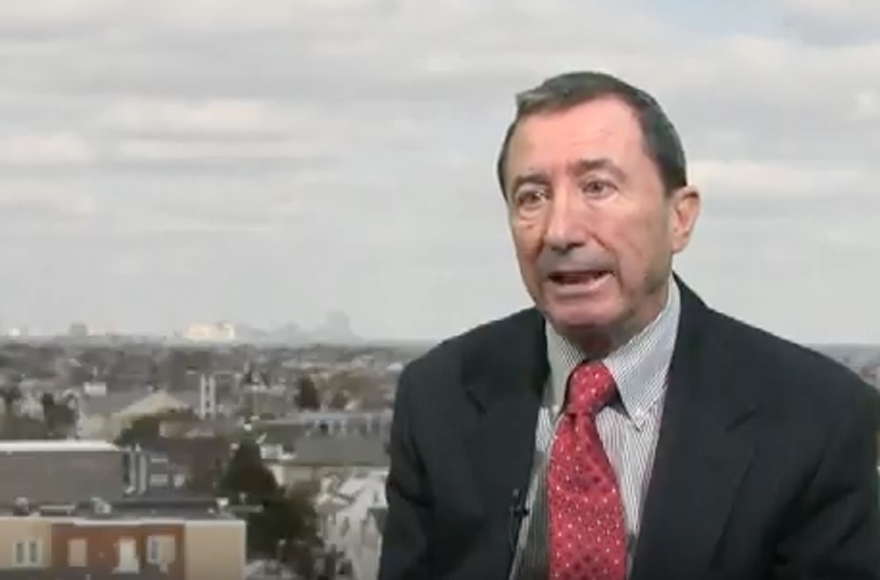 (JTA) — A Jewish candidate for a New Jersey congressional seat who posted an article saying that black people “are a threat to all who cross their paths” has lost the support of the national Republican Party.

The National Republican Congressional Committee pulled its support for Atlantic City attorney Seth Grossman on Tuesday and called for him to drop out of the race. A day earlier, the website Media Matters for America published a report saying that Grossman has promoted propaganda from White Nationalists on social media and in speeches.

Along with posting the article about black people, Grossman was recorded in June calling diversity “a bunch of crap and un-American.”

Media Matters reported that Grossman attempted to distance himself from his endorsement of the “threat” article, saying in an email to the website that he wants to help “take the Democratic training wheels off the black and Hispanic communities so they can succeed even more.”

“Bigotry has no place in society — let alone the U.S. House of Representatives,” Steve Stivers, the chairman of the National Republican Congressional Committee, said in a statement. “The NRCC withdraws our support of Seth Grossman and calls on him to reconsider his candidacy. The people of New Jersey’s 2nd District deserve an inclusive Republican candidate who will be a trusted conservative voice in Congress.”

In response to the report, Grossman responded in a tweet: “Bubba (Grandma) would say ‘Only in America!’ Where else can the grandson of Jewish immigrants from Russia be a ‘Nazi’? Or ‘White supremacist’ for sharing a post from a black guy (Allen West). ‘Anti-gay’ while …”

Grossman won the Republican primary in June and is running for the seat held for the past 24 years by Rep. Frank LoBiondo, also a Republican, who is retiring.