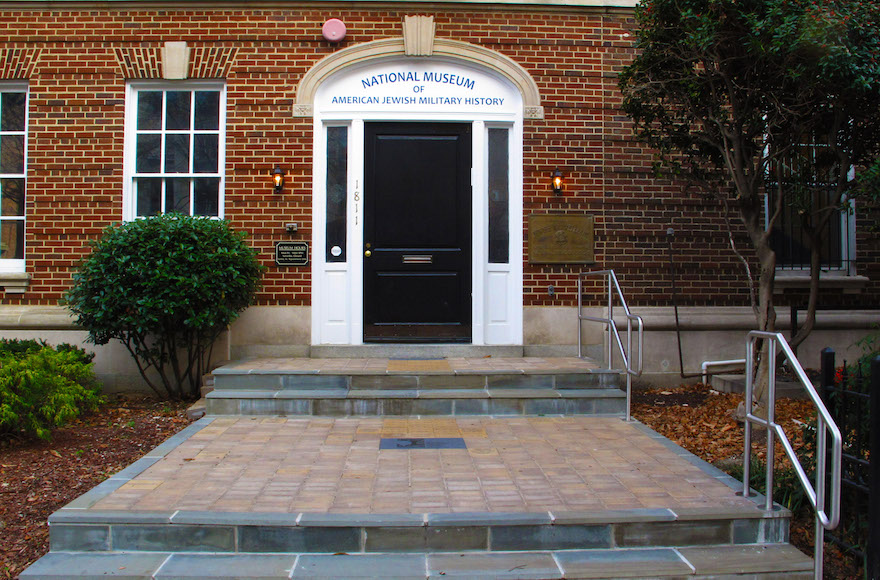 (JTA) — A bomb threat was called into the National Museum of American Jewish Military History in Washington, D.C., on Thursday.

The museum has been cleared by police and operations have returned to normal after it received the threatening call at around 12:30 p.m.

During the call, a male voice with a foreign accent said that there would be a bomb in the building on Thursday and Friday.

“It was shocking. I was stuck for a minute,” said Vincent Edwards, the museum’s communications center assistant.

Police searched the building, but no bomb was found. Operations returned to normal around 3 p.m.

Doron Horowitz, senior national security adviser at the Secure Community Network, said his organization was not aware of any other Jewish sites targeted on Thursday. SCN is an affiliate of the Jewish Federations of North America and advises Jewish groups and institutions on security.

The museum’s program and public relations coordinator, Anna Selman, told JTA that the situation was “stressful.”

“A lot of people in this building are military, so it’s something some of us have dealt with, but it’s definitely not normal,” Selman said.

The museum, founded in 1958, aims to preserve “the contributions of Jewish Americans to the peace and freedom of the United States … [and to educate] the public concerning the courage, heroism and sacrifices made by Jewish Americans who served in the armed forces.”

In the beginning of 2017, Jewish institutions in North America were targeted with hundreds of bomb threats, although the military history museum was not one of the targeted sites. Two men were convicted of making those threats.

In December 2017, a former journalist from St. Louis was sentenced to five years in prison for charges connected to eight of the threats as part of a revenge plot against a former girlfriend. In June, a 19-year old American-Israeli was convicted of making hundreds of the threats; his parents and lawyer have said he has a low IQ and a brain tumor.