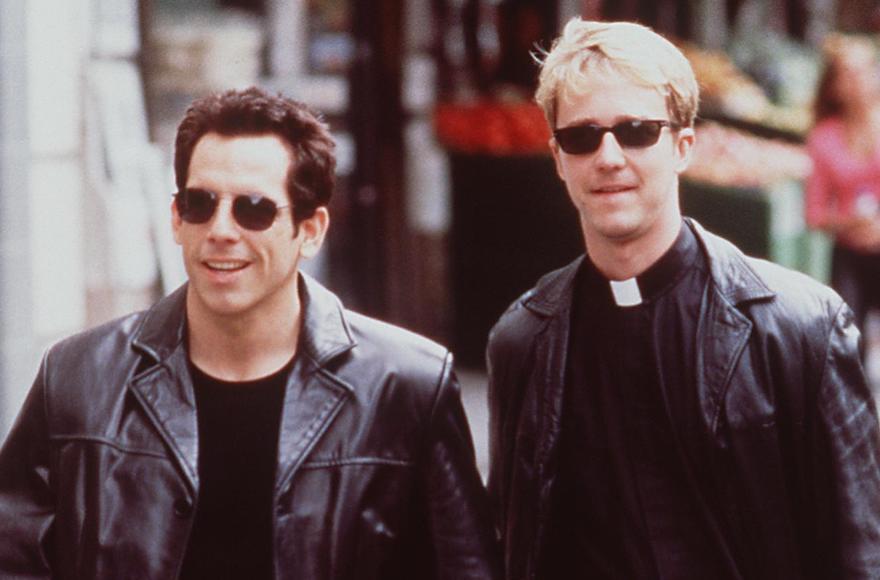 Ben Stiller, left, with Edward Norton in a scene from the 2000 film "Keeping The Faith," in which Stiller plays a rabbi. (Getty Images)
Advertisement

(JTA) — Ben Stiller was not the Jewish actor who starred in “School of Rock” — that honor goes to Jack Black.

But Stiller drummed in a post-punk band called Capital Punishment while growing up in New York, and it released an album in 1982, when he was about 17.

The other members of Stiller’s band are Peter Zusi, who’s now a professor of Slavic studies at University College London; Peter Swann, who went on to become a Supreme Court justice in Arizona; and Kriss Roebling, a descendant of Brooklyn Bridge designer John Roebling.

Listen to one of their songs on SoundCloud.