Netanyahu tells Trump about his meeting with Putin 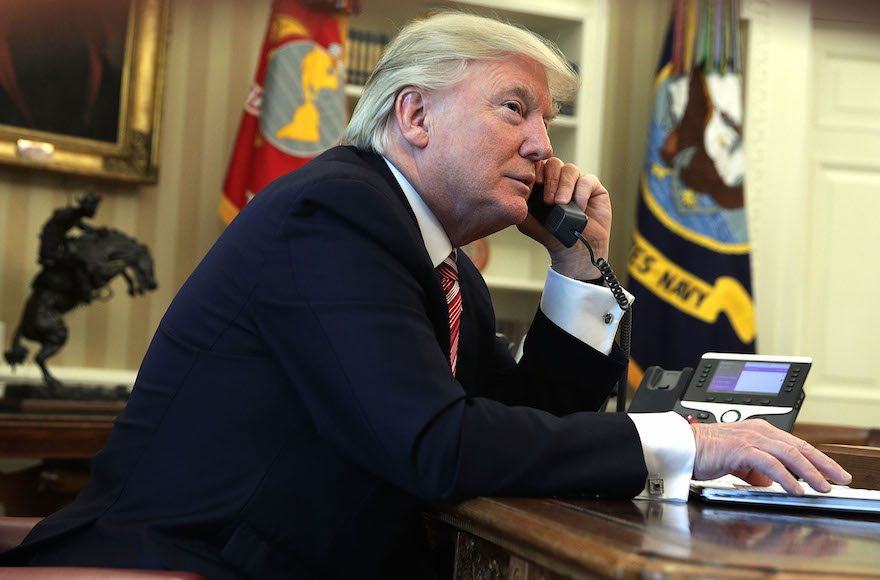 JERUSALEM (JTA) — Prime Minister Benjamin Netanyahu of Israel said he filled in President Donald Trump about his meeting with President Vladimir Putin of Russia two days before Trump and Putin were to meet in Finland.

Netanyahu said Sunday at the start of the weekly Cabinet meeting that he had spoken with Trump by phone the day before.

“We discussed security and diplomatic issues in light of developments in the region, with Syria and Iran first and foremost, of course,” Netanyahu told the Cabinet.

Netanyahu said he had spoken about the same issues with Putin last week at the Kremlin and reportedly briefed Trump on the meeting. The Israeli leader said that he expected the issues to come up at the summit to be held Monday in Helsinki between Trump and Putin.

“I thanked President Trump for his strong policy against Iran because since this policy has been taken, we have seen a great effect on – and inside – Iran. President Trump clearly reiterated his commitment to the security of Israel and his willingness to help the State of Israel in various fields and, of course, I thanked him for that,” Netanyahu also said.