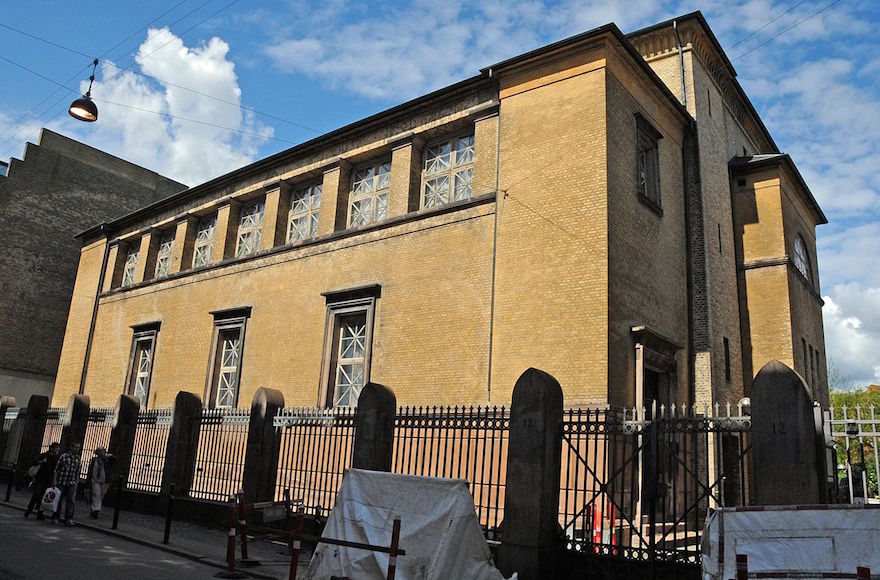 The Great Synagogue in Copenhagen, where a security guard was killed by a shooter in Feb. 2015. (Wikimedia Commons)
Advertisement

(JTA) — An imam in Denmark has been charged with incitement for calling in a sermon for the killing of Jews, marking the first time that charges have been issued under a new hate speech law on religious preaching.

In March, Mundhir Abdallah of the Masjid Al-Faruq mosque in Copenhagen cited a call in the Koran to “fight the Jews and kill them.” In May, the local Jewish community filed a complaint with police about the speech.

“These are serious statements and I think it’s right for the court to now have an opportunity to assess the case,” public prosecutor Eva Ronne said in a statement, according to AFP.

The man who killed a Jewish volunteer security guard in a shooting attack during a bat mitzvah celebration at a synagogue in Copenhagen in February  2015, Omar El-Hussein, reportedly attended  the mosque where Abdallah preached the day before the shooting.