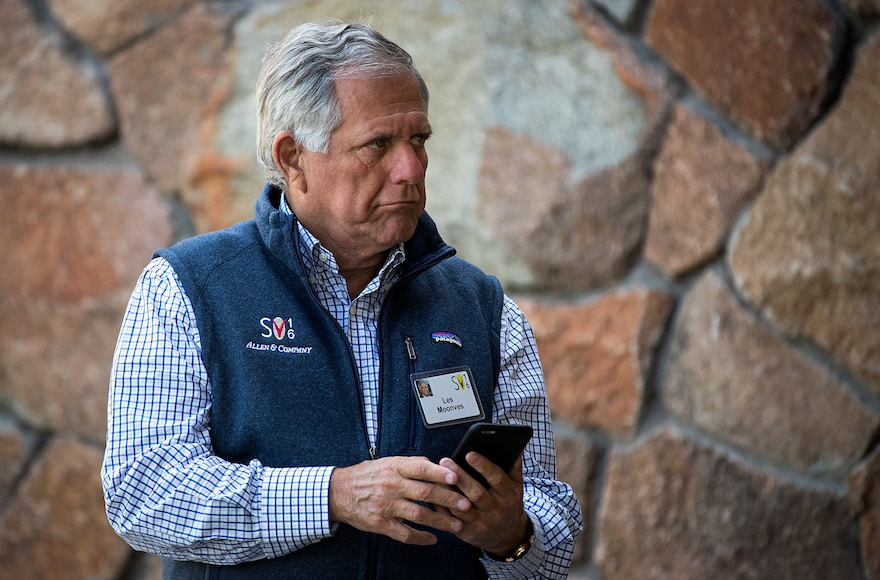 (JTA) — CBS is looking into sexual misconduct allegations against its CEO, Leslie Moonves, who was accused of inappropriate behavior in a New Yorker exposé last Friday.

Ronan Farrow interviewed six women who alleged that Moonves sexually harassed them between the 1980s and the late 2000s. They said they feared that Moonves, one of Hollywood’s most powerful executives, would sabotage their careers if they rebuffed his advances.

Four of them allege that Moonves inappropriately touched and kissed them during business meetings.

Farrow, the son of Woody Allen and Mia Farrow who won a Pulitzer Prize for his reporting on Harvey Weinstein’s sexual assault history, also interviewed other current and former CBS employees over eight months. Some described an environment rife with sexual harassment across multiple departments of the company, including at “60 Minutes” and “CBS News.”

“I recognize that there were times decades ago when I may have made some women uncomfortable by making advances,” Moonves said in a statement to Farrow for the New Yorker piece. “Those were mistakes, and I regret them immensely. But I always understood and respected — and abided by the principle — that ‘no’ means ‘no,’ and I have never misused my position to harm or hinder anyone’s career.”

CBS stock shares took a hit on Monday, and the CBS board of directors met later in the day to discuss Moonves’ fate.

The meeting ended without immediate recommendations and CBS said Moonves would remain CEO pending the outcome of an investigation by outside counsel. It postponed its annual shareholders’ meeting, which had been scheduled for Aug. 10.

Moonves and Shari Redstone, the network’s controlling stockholder, have already been locked in a public tussle over control of the company. Deadline reports that it was unclear if Redstone attended the board meeting Monday.

Moonves was the head of Viacom before becoming board chairman of the CBS Corp. in 2016. He grew up in a Jewish family in New York City, and is a grand-nephew of the late Paula Ben-Gurion — born Paula Munweis — the wife of Israel’s first prime minister, David Ben-Gurion.