Thanks to a heatwave, Holland’s oldest Jewish cemetery is visible for the first time in decades 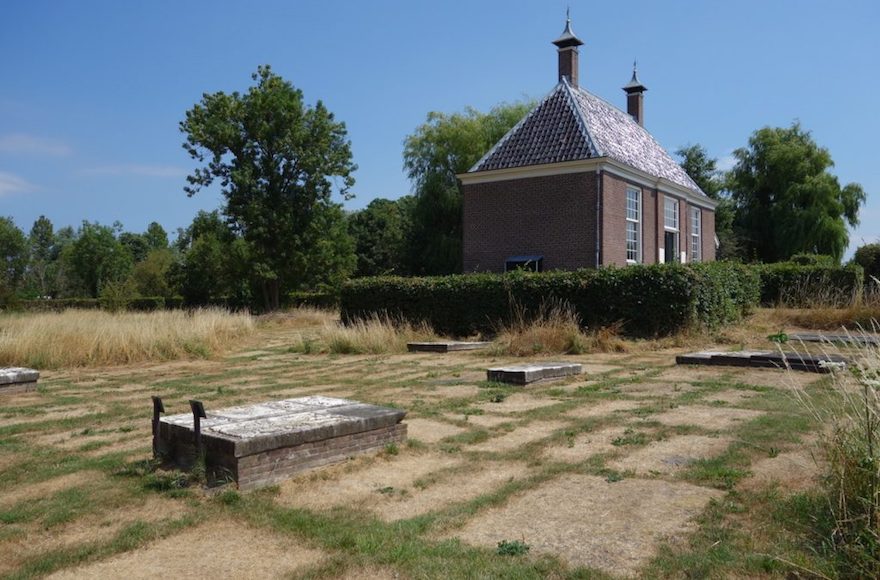 The outlines of the Beth Haim synagogue near Amsterdam are visible again. (Beth Haim)
Advertisement

AMSTERDAM (JTA) — The heatwave scorching Western Europe has helped identify visually for the first time in decades the exact layout of the oldest Jewish cemetery in the Netherlands.

Due to the scorching 100-degree temperature recorded this month, the grass that usually covers the sunken headstones at the 400-year-old Beth Haim Cemetery near Amsterdam has died and turned yellow, whereas the grass that grows between the headstones remained green. The precise outline of each headstone became visible to the naked eye for the first time in decades, the NIW weekly reported Wednesday.

The phenomenon is connected to the fact that Beth Haim is a Sephardic-Portuguese cemetery established by Jews who fled the Inquisition campaign of religious persecution in the Iberian Peninsula in the 15th and 16th centuries. In that community, headstones are not placed vertically but laid horizontally on the ground over the grave.

So visitors for the first time in years can now see the plots where their loves ones are buried, provided they consult records and blueprints that show who is buried where at Beth Haim.

Due to the heat, however, the cemetery’s management is enforcing a temporary ban on lighting yahrzeit candles, which many Jewish families use to commemorate their dead. It is feared that lighting candles in the current weather would start brush fires.

Approximately 28,000 people are buried at the cemetery, which remains in the service of the Portuguese Israelite Community of Amsterdam.