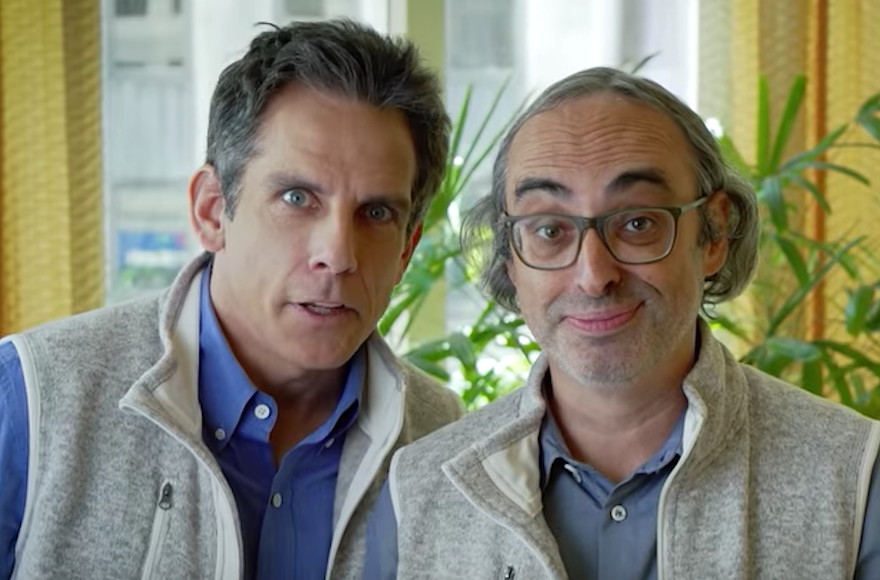 (JTA) — Gary Shteyngart is nearly as successful in gathering A-list friends as he is in writing critically acclaimed novels. To promote his 2014 memoir “Little Failure,” he starred in a video that featured Rashida Jones as his publisher and James Franco as his husband.

For his latest novel, “Lake Success,” Shteyngart has Ben Stiller in his corner. In a video promoting the book, the Jewish writer and the Jewish actor-director seek backers for their new hedge fund, “Lake Success Capital,” which promises to take money from “accredited investors” and then, Shteyngart explains, “transfer that money to me and Ben.”

The protagonist of Shteyngart’s latest novel is a hedge fund manager who leaves behind his wife, autistic son and work troubles to embark on a cross country bus trip. Kirkus Reviews says the book is “as good as anything we’ve seen from this author: smart, relevant, fundamentally warm-hearted, hilarious of course, and it has a great ending.”