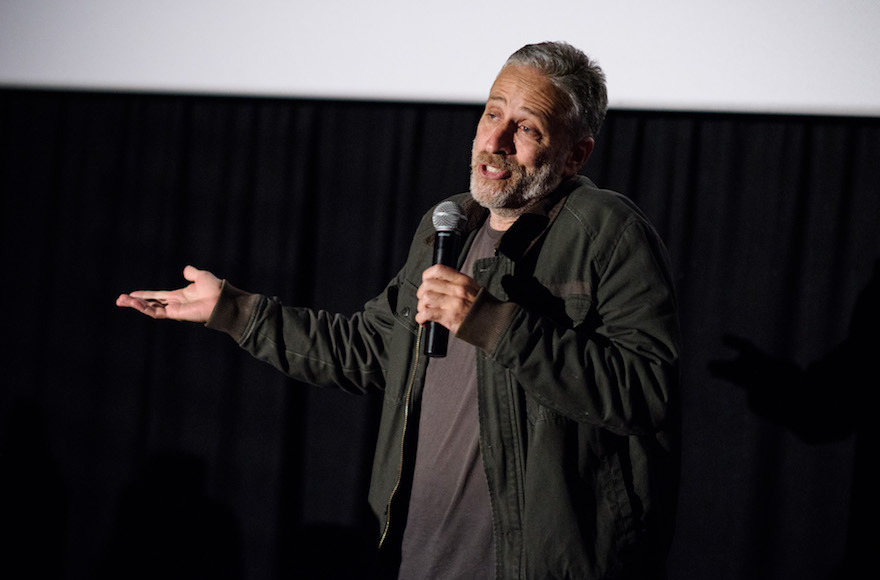 NEW YORK (JTA) — New York City subway riders are used to all sorts of delays — but not usually those caused by wandering goats.

On Monday, The New York Times reported that two goats wreaked havoc on the N subway line in Brooklyn. Social media users, including the subway’s official account, had fun with the bizarre event.

Subway staff and police were able to get the goats away from the tracks unharmed, but it wasn’t clear where they had come from.

The fate of the goats might have been in jeopardy afterward, but an unlikely hero showed up to save them: former “Daily Show” host Jon Stewart.

The Jewish comedian and his wife, Tracey, picked up the goats in Brooklyn and took them to a shelter for rescued farm animals in Watkins Glen run by the organization Farm Sanctuary. The couple have supported the upstate shelter since 2015, and even help run one of its locations in New Jersey. Tracey Stewart is on the Farm Sanctuary board of directors as well.

A Farm Sanctuary spokeswoman, Meredith Turner-Smith, said the goats would “receive medical examinations and the world-class, individualized care” at the shelter.