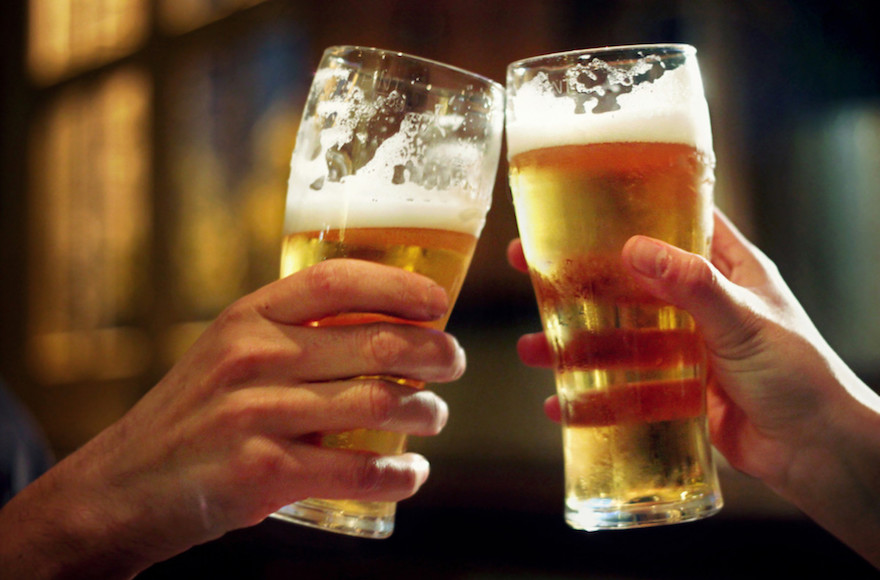 (JTA) — Brewers in Portugal have announced the country’s first kosher artisanal beer, which will debut at the country’s kosher market in October.

The first brew in July yielded about 500 bottles, or 50 gallons, of the Cabralinha label, the RTP public broadcaster reported. Its name means  “little goat” in Portuguese.

The brewery is located in Belmonte, one of the three municipalities in Portugal with their own rabbis and synagogues, and is under the supervision of Elisha Salas, the local rabbi. A municipality spokesperson said Thursday that the beer would be part of the kosher market of Belmonte, an annual event that began in 2010. This year, the market will open on Oct. 14 in the central Portuguese city.

The beer is produced with honey from Israel and local ingredients from the Serra da Estrela mountain range on which Belmonte is situated, Ana Bogalheiro, who works for the brewery, told RTP.

The area has only a few dozen practicing Jews, but thousands of others trace their lineage to ancestors who were forced to abandon Judaism during the 16th century under the Inquisition campaign of persecution. Salas is an emissary of the Shavei Israel organization, which works to bring communities who were lost to the Jewish people into the fold of Judaism.

The region’s historical background is key to understanding the growing popularity there of kosher products there, Michael Freund, Shavei Israel’s founder, has said.

Last year, one of Serra da Estrela’s oldest producers of olive oil, Casa Agrícola Francisco Esteves, located in the town of Manteigas, launched a kosher label in time for Hanukkah, the holiday when Jews celebrate a miracle connected to oil.

In the nearby town of Covilha on the range’s southern tip is the Braz Queijos cheese factory, which in 2009 obtained a kosher certificate for most of its products, becoming the first to do so in Portugal in modern times.

Five years earlier, a winery in the same town produced what was said to be Portugal’s first kosher-certified wine in centuries.

A kosher hotel that was opened in Belmonte in 2016 has received 16,000 guests recently, Jornal do Fundao reported.