Titanic victim’s Hebrew-letter watch is up for auction 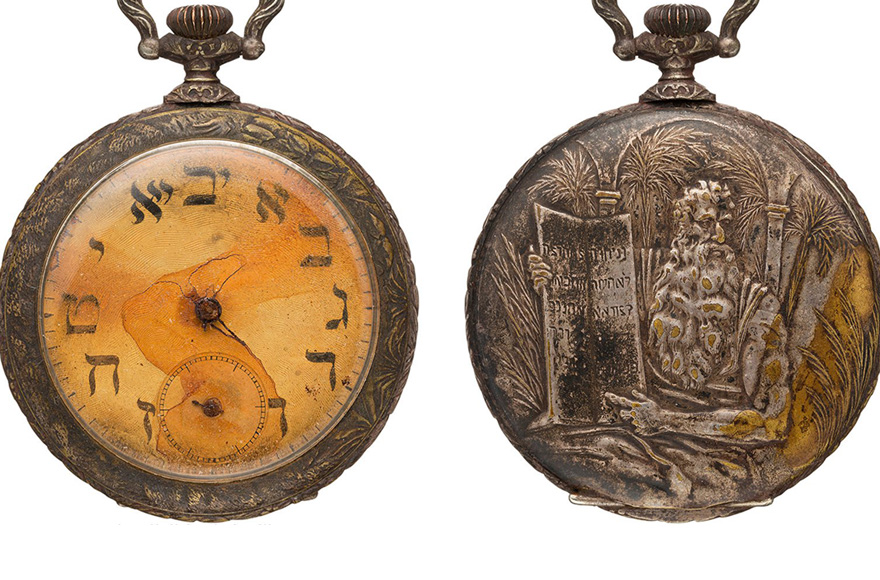 Heritage Auctions will put the watch on the block Saturday. (Twitter)
Advertisement

(JTA) — A pocket watch featuring Hebrew letters that belonged to a Jewish Russian immigrant who died aboard the Titanic is up for auction.

Heritage Auctions will put the watch on the block Saturday at a public auction at its headquarters in Dallas. Online bidding has already started and reached $11,000 by Friday morning. The back of the timepiece features Moses holding the Ten Commandments.

Its owner, Sinai Kantor, was an immigrant from Russia bound for New York with his wife, Miriam, who survived the accident aboard the Titanic when it sank during the cruise ship’s maiden voyage in 1912. Dozens of Jews were among the 1,503 passengers who died. The British liner had a kosher kitchen.

Paperwork, including a provenance letter from a descendant of Kantor’s, attests to the watch’s history, Religion News reported.

Kantor, a furrier who wanted to study dentistry or medicine in America, was 34 when he and his wife, also an aspiring doctor, boarded the liner in Southampton, England. They hailed from Vitebsk, today a city in northwest Belarus. His wife survived the wreck.

The couple paid 26 pounds sterling (approximately $3,666 today) for their ticket. The voyage had 285 second-class passengers.

Jonathan Sarna, a professor of American Jewish history at Brandeis University, told Religion News that securing passage on a ship like the Titanic would have enabled the Kantors to skip difficult questions at Ellis Island and dock elsewhere, where their wealth and status would have facilitated the immigration process.

Kantor is buried in Mount Zion Cemetery in Queens, according to Israeli Titanic researcher Eli Moskowitz, author of a book on the Jews of the Titanic.