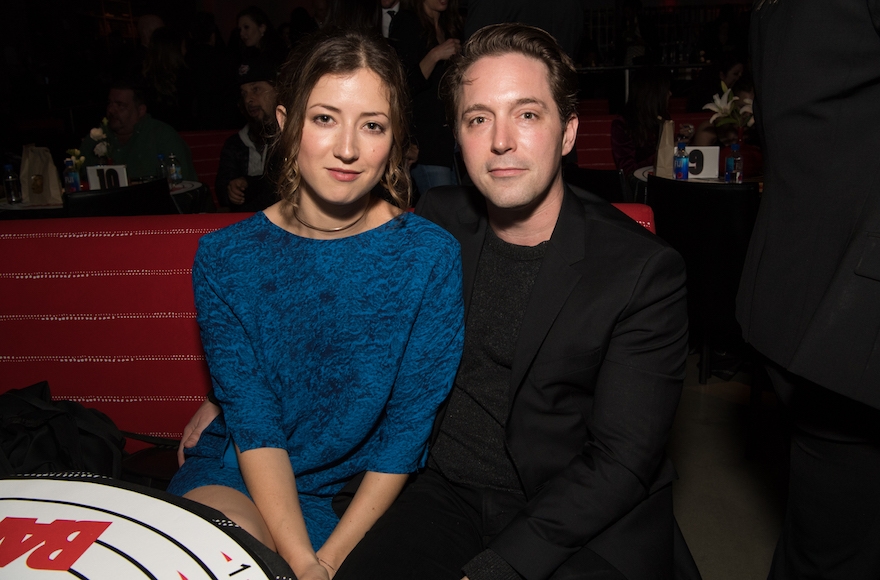 Beck Bennett with Jessy Hodges at the after party for the premiere of HBO's "Barry" at NeueHouse Hollywood in Los Angeles, March 21, 2018. (Emma McIntyre/Getty Images)
Advertisement

(JTA) — Beck Bennett, the actor known for portraying figures such as Vladimir Putin and Wolf Blitzer on “Saturday Night Live,” tied the knot with his longtime girlfriend under a huppah.

Bennett, who also starred in those adorable AT&T commercials featuring kids in a classroom, shared photos of the Jewish wedding ceremony on Instagram on Wednesday. In one, Bennett is shown stomping on glass, another Jewish wedding ritual.

Im so lucky I got to marry you @jessyhodges. Love you forever times a billions. Thank you to all our friends and family who came out to celebrate us and made it the best weekend of our lives. Thank you @selashiloniphoto for making it look like what it felt like. And thank you @nickkocher for having big crushes on us and begging to marry us, you did great job baby, we love you. And thank you @jamie0724 and for planning the weekend and @byjasonlloyd for coordinating, you guys were so great to work with.

Bennett isn’t Jewish, but his now-wife Jessy Hodges is. Hodges, an actress, is the daughter of Ellen Sandweiss, who is known for her role in Sam Raimi’s “The Evil Dead” horror film series.

So grateful to our friends and family who made this the most spectacular weekend. Thanks for marrying me Beck, I couldn’t love you more if i tried! Photos by dreamweaver @selashiloniphoto