Why Kesha’s latest song is inspired by Ruth Bader Ginsburg 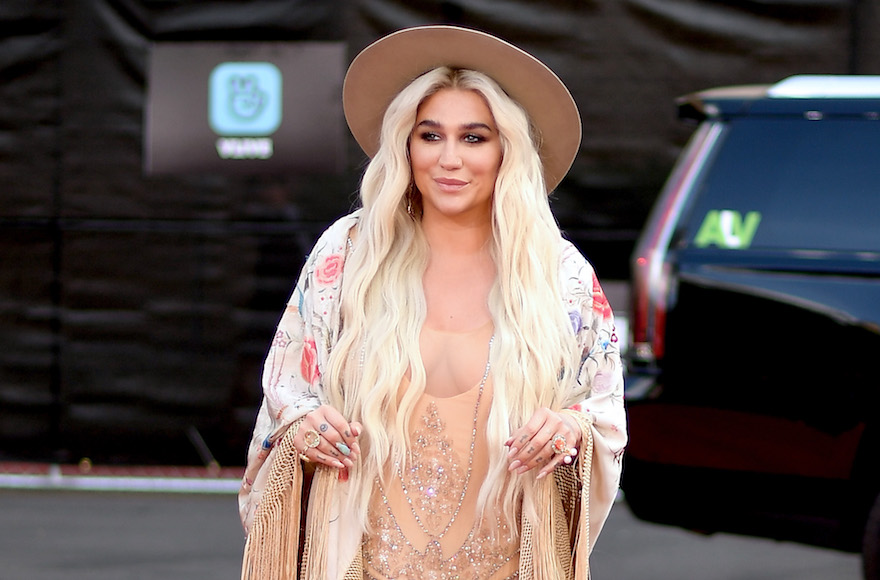 Kesha at the 2018 Billboard Music Awards at the MGM Grand Garden Arena in Las Vegas, May 20, 2018. (Matt Winkelmeyer/Getty Images for dcp)
Advertisement

(JTA) — Though singer Kesha is best known for a song in which she claims to rinse her brushed teeth with Jack Daniels, her latest tune takes on a more serious subject.

The artist is behind one of the songs featured in an upcoming movie about the life and career of Jewish Supreme Court Justice Ruth Bader Ginsburg.

In an op-ed for lifestyle site Refinery29, Kesha writes about why she decided to pen the song for the film “On the Basis of Sex.”

She said she was initially intimidated by the thought of having to write about Ginsburg’s life, as she mostly tends to draw inspiration from her own experiences. But watching the movie made her change her mind.

“I wanted to do what I could to pay tribute to Ginsburg, who has spent a lifetime fighting tirelessly for equality, with no signs of slowing down. I wanted to make my voice heard, too,” said Kesha, who also lent her vocals to the song.

Kesha said that “Here Comes The Change” is about making a difference in the world and fighting for what’s right.

“For me, these words are about promoting love and equality, the belief that everyone should have the same opportunity to live a safe and healthy life full of love and hope regardless of their skin color or sexual orientation or gender or religion,” she said.

Listen to the song here: