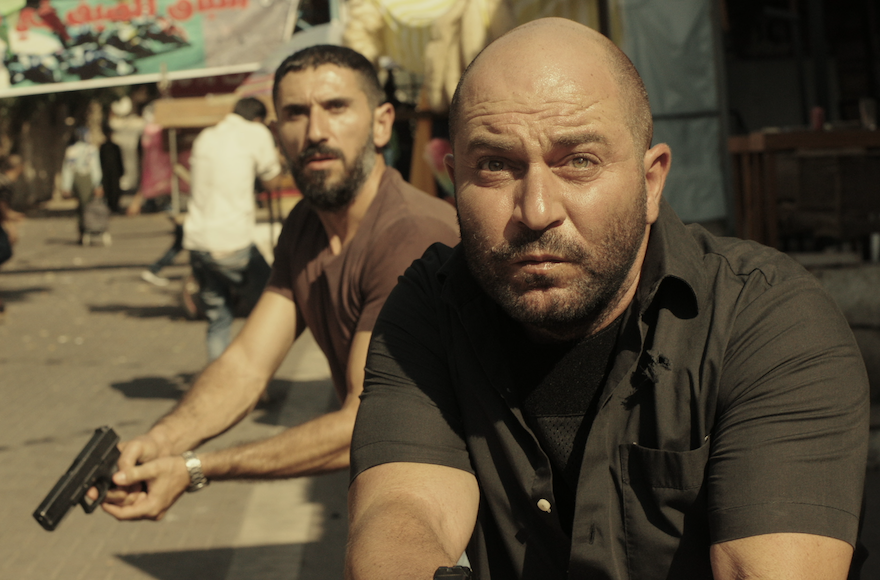 (JTA) — Moshe Zonder noticed it quickly: “My students are completely serious. They are writing. They are doing the assignments. All of them. It’s great teaching here.”

Zonder shouldn’t be that surprised. For an aspiring screenwriter, who better to study with than the man who wrote the entire first season of “Fauda,” the controversial international Israeli hit that airs in the U.S. on Netflix?

“Fauda,” which had its second season launch in May, is the Arabic word for chaos, and that’s what viewers experience. It is centered on an elite Israeli undercover military unit whose members pose as Arabs, cross into the West Bank, and use harsh and often deadly violence to root out terrorists. It’s at once exciting and depressing, leaving the impression that there is no hope of a peaceful resolution to the contentious divide.

Zonder was involved in the show from the beginning, when creators Lior Raz (who also plays the show’s lead character, Doron Kavillio) and Avi Issacharoff (who also writes columns for The Times of Israel) first tried to sell it. The process took over four years, Zonder said in a telephone interview.

The reluctance of Israeli networks to air the show is perhaps understandable. The trio had created a story arc that involves a morally compromised Israeli counterterrorism unit that lives by its own rules, indiscriminately shooting Palestinians, invading their homes and kidnapping them.

What’s most frightening is that “Fauda” seems to reflect the reality on the ground. It has been reported that Raz served in Duvdevan, an elite commando force known for posing as Arabs. Zonder spent years as an investigative reporter covering the Mossad and the Shin Bet, Israel’s internal security service.

“Of course the world we describe is totally realistic, although the characters are from our imagination,” Zonder said.

“Fauda” also has been noted for putting a human face on Arabs living in the West Bank, including terrorists. Zonder was a big part of that daring move.

“I felt — how to say?” Zonder asked his wife in Hebrew to translate a phrase. “I don’t know exactly how to say this in English. Members of Hamas didn’t exist as real human beings [for some Israelis], and I wanted them to have a wife and kids they loved that they cannot [visit and] see. It is a motive [for their behavior] that you can understand.

“This was something of a revolution. There were no such characters in TV before.”

To humanize them, Zonder said, “was my intention.”

“The creators all went along with me,” he said. “We all felt this way.” 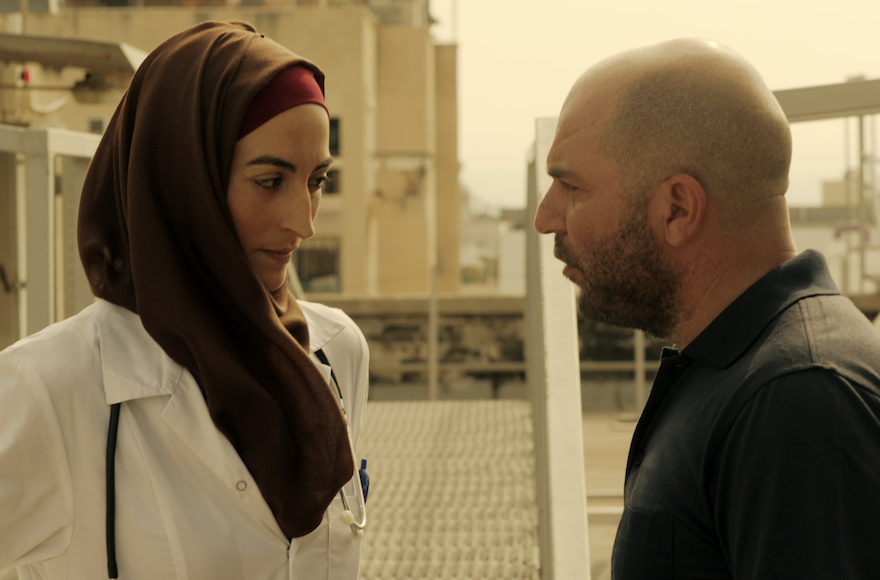 Laetitia Eido, left, and Lior Raz in a scene from “Fauda.” (Courtesy of Netflix)

In his view, the show has another distinguishing characteristic.

“There isn’t any hero in the sense of a good guy or a bad guy,” Zonder said. “Life is more complicated. There is a protagonist and an antagonist — Doron is the protagonist and Abu Ahmad (Hisham Suleiman) is the antagonist.

“It’s not that Doron is good and Abu Ahmad is bad. … It was important for me as an Israeli to show that members of the Hamas military wing have their families and their motives. They are not [totally] evil. This is the basis of the DNA of the first season of ‘Fauda.’”

The show has been praised for this refreshing perspective and equally for its gripping plot. Palestinian writer Yasmeen Serhan wrote in The Atlantic in June that despite her qualms with watching a show about the conflict from an Israeli perspective, it is “binge-worthy TV.”

“Fauda” was a surprise hit in Israel and, subsequently, in much of the rest of the world.

“The settlers loved it. Even Hamas,” Zonder said. “Their spokesman posted online that ‘the Zionists could not kill us in the field, so they’re killing us on TV.’ Then they put a link to the first episode on their website.”

In March, the Boycott, Divestment and Sanctions movement against Israel insisted that Netflix drop the series, claiming it “promotes and legitimizes the war crimes committed by death squads.” It may, in fact, do the exact opposite, and give even the staunchest Israeli supporter pause about tactics used by the Israeli military.

Before “Fauda,” Zonder wrote the multiple award-winning docudrama “Sabena Hijacking: My Version,” about the 1997 hijacking of a Sabena Airlines flight and the rescue of its passengers. It was Israel’s entry in the 2015 Academy Awards’ foreign film race.

Between classes, he’s at work writing another docudrama, about the Mossad’s Operation Wrath of God, the effort to kill the terrorists responsible for the Munich Olympics massacre (it was depicted onscreen in Steven Spielberg’s film “Munich”).

Zonder came to Rutgers at about the same time the federal government reopened its case charging that the school failed to respond to discrimination aimed at Jewish students. A suit by the Zionist Organization of America alleges that organizers of a pro-Palestinian event singled out Jewish students by charging them admission for the free event.

If BDS protesters were to show up when he speaks at Rutgers, Zonder said he wouldn’t argue with them.

“I must tell you I’m really not a hero, but I would like to meet with [them],” he said. “I’m prepared to hear what they have to say in case they are ready to listen, too. Otherwise not.”