A Muslim country, Catholic country and Jewish country celebrate the Talmud together. No joke. 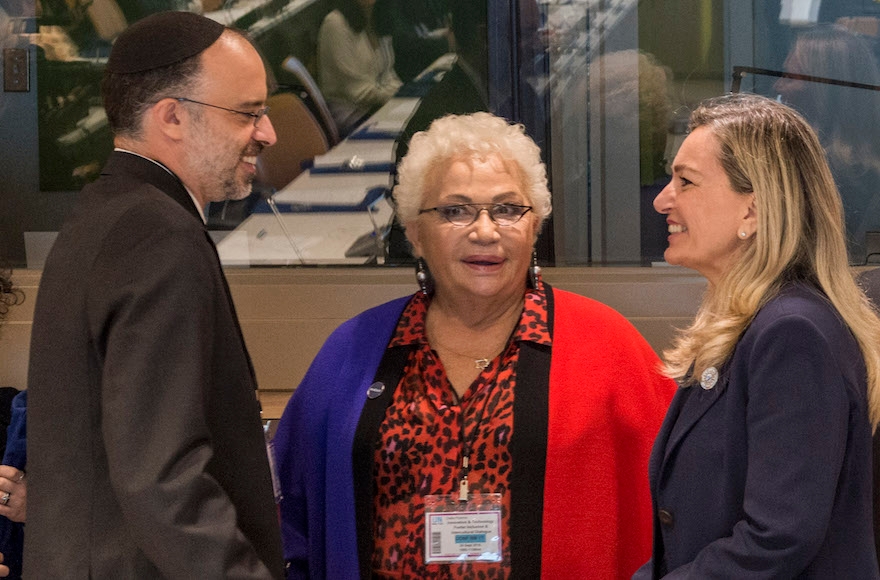 (JTA) — On its face, a ceremonial event in a drab conference room of the United Nations, lauding a Talmud translation project that began five years ago, was altogether ordinary.

But that ordinariness was itself remarkable. The event was co-hosted by Italy, Albania and Israel Friday on the sidelines of the United Nations General Assembly, celebrating the years-long effort to translate the Talmud into Italian for the first time.

In other words, a majority-Catholic country, a majority-Jewish country and a majority-Muslim country got together in the world’s most prominent international forum to celebrate a government effort to translate a Jewish religious text.

Five centuries ago, the Talmud was burned in a public square in Rome. Eighty years ago, the Italian government allied itself with the Nazis. Today, that country’s government is spending millions of dollars to make sure Italians can read the Talmud in their native language.

In another sign of how times have changed, the three diplomatic representatives at the event, as well as the project’s chief executive, were all women. Nearly all of the people quoted in the Talmud are men.

Albania, where Italian is widely spoken, enjoys good ties with Israel and takes pride in its record in rescuing Jews during the Holocaust.

“Projects like the Babylonian Talmud Translation open a new lane in intercultural and interfaith dialogue, bringing hope and understanding among people, the right tools to counter prejudice, stereotypical thinking and discrimination,” said Albania’s United Nations ambassador, Besiana Kadare, at the event. “By doing so, we think that we strengthen our social traditions, peace, stability — and we also counter violent extremist tendencies.”

The project, begun by the Italian government in 2011, costs $12.7 million and involves a team of 90 researchers and translators. The first tractate, or volume, of the Talmud was completed in 2016, and two more have since been finished. The project utilizes a translation software called Traduco which suggests accurate translations from the Talmud’s original Aramaic to Italian.

The Babylonian Talmud, an all-encompassing book of legal disputations, interpretation, narrative and philosophy, has 2,711 double-sided pages, divided into 37 tractates. So far, the Italian project has translated some 60 percent of the Talmud.

“Technology is an instrument that can close the divide between cultures and peoples,” said Clelia Piperno, the project’s CEO. “Our work makes available to a wider cultural understanding the models inherent to ancient text.”