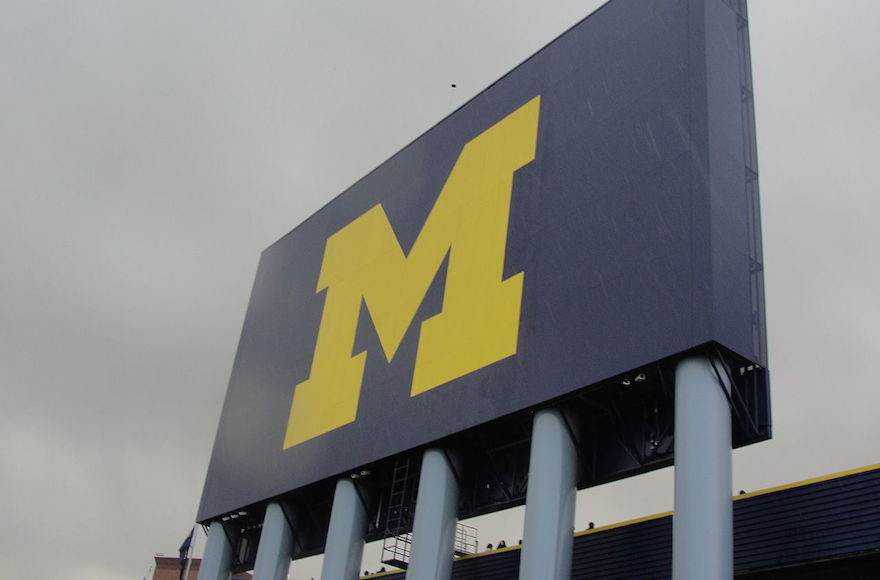 (JTA) — A second academic at the University of Michigan has refused to write a letter of recommendation for a student to study abroad in Israel citing support of an academic boycott of the Jewish State.

Lucy Peterson, a graduate student instructor, was enthusiastic about writing the letter when asked by Jake Secker, 20, a junior from Great Neck, N.Y. Peterson is a teaching assistant in his introduction to political theory course.

Then she learned that Secker was applying to study at Tel Aviv University, the Washington Post first reported on Monday.

“I’m so sorry that I didn’t ask before agreeing to write your recommendation letter, but I regrettably will not be able to write on your behalf,” Peterson wrote in an email to Secker, whose father is Israeli and who has visited Israel several times. “Along with numerous other academics in the US and elsewhere, I have pledged myself to a boycott of Israeli institutions as a way of showing solidarity with Palestine.”

She added, “Please know that this decision is not about you as a student or a person, and I would be happy to write a recommendation for you if you end up applying to other programs.”

Last month, John Cheney-Lippold, a professor of American culture at Michigan, declined to recommend junior Abigail Ingber for a semester abroad in Israel over his support of the Boycott, Divestment and Sanctions movement against the country, or BDS.

Secker and Ingber are friends and have commiserated about their predicament, the Post reported.

Secker contacted a board member of Michigan Hillel about the refusal before the executive director of Hillel was told and then the university’s Board of Regents.

“The president of the university is aware of it,” Secker told the Post.

Rosario Ceballo, associate dean for the social sciences at Michigan’s College of Literature, Science and the Arts, also was in contact with Secker and offered to write him the recommendation letter.

In a statement on the Cheney-Lippold case, the university said it “opposed any boycott of Israeli institutions of higher education.”

The university also came under fire late last week after a student highlighted on social media that a required lecture for art students there featured a speaker who compared Israeli Prime Minister Benjamin Netanyahu to Adolf Hitler.

On Tuesday, the Anti-Defamation League called on the university to adopt a formal policy ensuring students’ academic pursuits are not stymied by the political views of their professors.

“Boycotts such as these, refusing to recommend a worthy student solely because she intended to study in Israel, have a chilling effect on Jewish and pro-Israel students on campus, who may feel isolated and vulnerable when authority figures or campus groups express hostility or shun them based on their views and associations,: ADL CEO Jonathan Greenblatt said in a statement.

“We are strong supporters of academic freedom. Certainly everyone, including professors, has a right to openly express their views of the policies of the elected Israeli government. But this should not be at the expense of students seeking to broaden their academic experiences.”

Also Tuesday, Israel’s education minister, Naftali Bennett, sent a letter to University of Michigan President Marc Schlissel calling on him to oppose anti-Israel hatred on campus in the wake of the lecture by former Black Panther artist Emory David for the Penny Stamps Speakers Series presentation of the Stamps School of Art & Design. He also referenced the Cheney-Lippold case.

“The time has come for you as head of the university to make a strong stand against what has clearly become a trend of vitriolic hatred against the Jewish state on your campus,” Bennett wrote to Schlissel, who is Jewish.