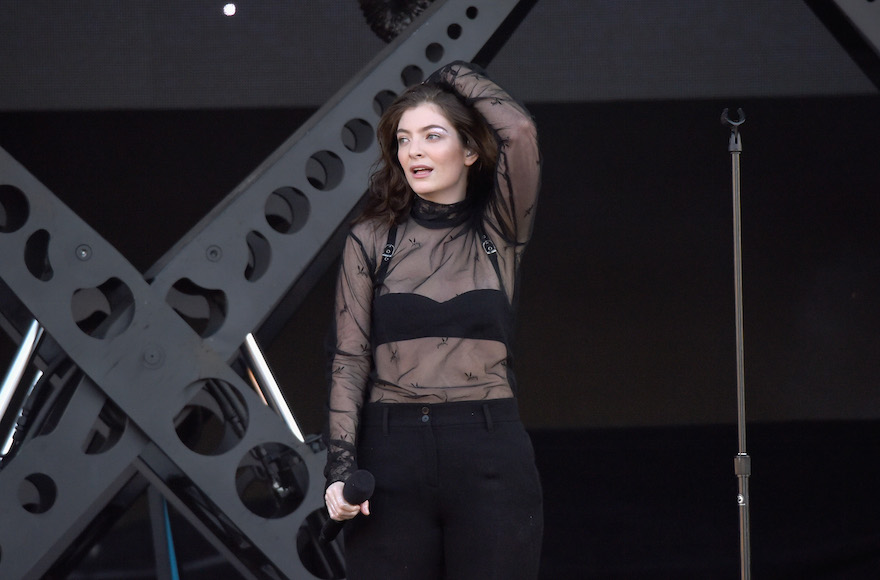 (JTA) — Two New Zealand women ordered by an Israeli court to pay over $12,000 in damages for allegedly helping persuade pop singer Lorde to cancel her concert said they will donate the money to a Gaza charity.

The lawsuit had been filed by three teen-age Israeli ticket holders, who claimed the cancellation had caused emotional distress.

Justine Sachs and Nadia Abu-Shanab had appealed to the singer in an open letter to “join the artistic boycott of Israel” and cancel her performance, which was scheduled to take place earlier this year. Lorde acknowledged the letter and canceled her show days later in December.

In response to the ruling, Sachs and Abu-Shanab wrote Friday on thespinoff.co.nz that “The cancellation of her concert can’t be reduced to our letter. We’re just one tiny part of a growing and vibrant movement, and while we’re proud to play our part, credit goes to Lorde for having the human decency to take a stand. It also goes to every ordinary person around the world who has taken up the BDS call, and to the people of Palestine who persevere in their struggle for equality and justice.”

They called the Israeli court ruling “a stunt of which the sole intention is to intimidate Israel’s critics.”

“We’ve contacted the relevant people in our government in the hope they can make it clear that New Zealand will not stand by and allow Israel to attempt to bully its citizens,” they also wrote.

They said that instead of paying the court award, that they would start a crowdfunding campaign to raise at least $12,000 for The Gaza Mental Health Foundation, to assist Palestinian families in Gaza.