Apple adds cream cheese to its bagel emoji after complaints 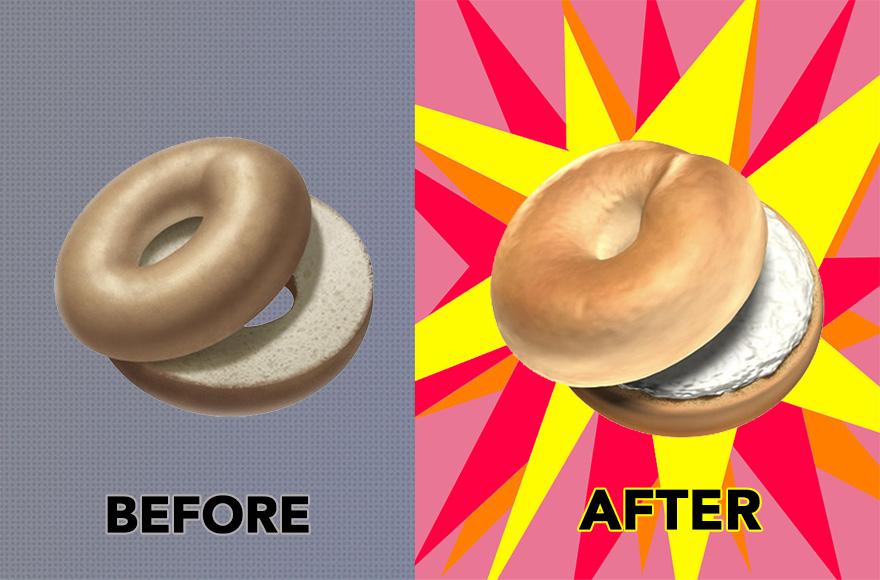 You call this factory-produced bagel an emoji that stands for all bagels??? New Yorkers demand more. https://t.co/kvo6THEjNO

I’m organizing a march in New York City against Apple’s just-revealed bagel emoji, which comes out with the next iOS update. It looks like something you get from a cardboard box in the freezer section at Walmart. This insult will not stand. pic.twitter.com/Z44YFBuUlU

Now Apple has responded. After its latest iOS software update, the emoji has a plumper, doughier look and a shmear of cream cheese.

The revamped emoji got some love from at least one trusted source — Philadelphia Cream Cheese.

Hooray! Bagel lovers everywhere united and convinced @Apple to turn the plain #SadBagel into a delicious #HappyBagel and we are celebrating. #ItMustBeThePhilly

It also elicited plenty of conversations (both serious and humorous) about other emojis that need some tweaking.

we have revamped the bagel emoji but still don’t have disabled human emojis, even though disabled humans make up 20% of the population. almost 60 MILLION people. #HellaInaccessible https://t.co/XHfwVPh3Mb

All you bagel emoji complainers have it easy. Imagine being Italian and having to suffer through this pizza emoji atrocity for YEARS pic.twitter.com/VZhffx35xw

JTA reached out to Apple to learn more about the design process behind the emoji but did not hear back in time for publication.