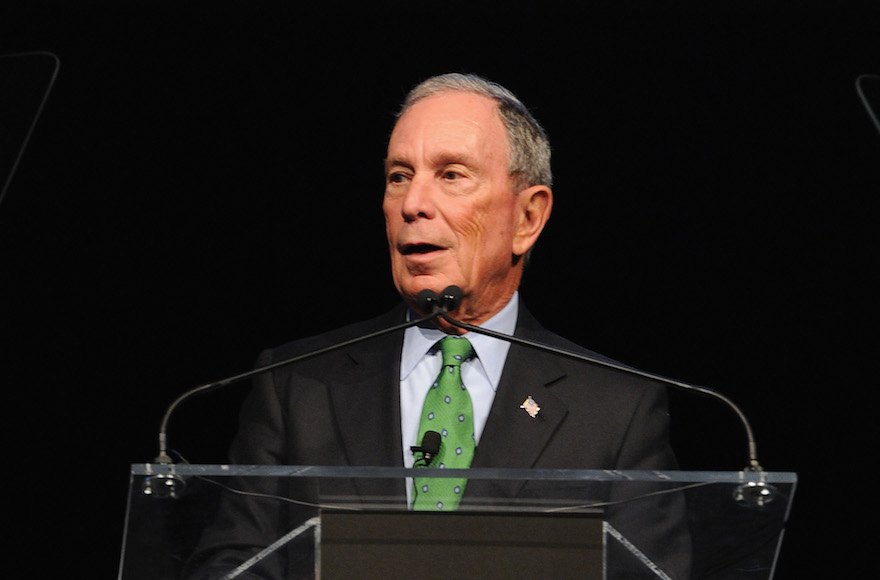 The two-minute television ad was first aired Sunday night during CBS’s “60 Minutes” and will air again Monday during the evening network news programs and on MSNBC and CNN.

The ad, funded by Independence USA PAC, a Bloomberg-funded super PAC, features the former mayor of New York City speaking to the camera in front of an American flag.

“I’ve never been a particularly partisan person. I’ve supported candidates from both sides,” he says in the ad. “But at this moment, we must send a signal to Republicans in Washington that they have failed to lead, failed to find solutions and failed to bring us together. That’s why I’m voting Democratic.”

Reminding viewers of the recent attack on a Pittsburgh synagogue, he says, “Political violence tears at the heart of our democracy. And violence against a religious group, in a house of God, tears at the heart of our humanity. At these moments of great national tragedy, we look to Washington to lead, to offer solutions, to bring us together, and to appeal to all of us as Americans.

“We expect a plan. We expect to be called to a higher purpose, we expect to work together. I don’t hear that call coming from Washington these days. Do you? In fact, I hear the opposite.”

It is Blommberg’s third national ad buy for the midterms but the first in which he personally appears.

Bloomberg announced in a post on Instagram two weeks ago that he has registered as a Democrat, fueling speculation that he will challenge Republican President Donald Trump in the 2020 election.

Bloomberg’s total expenditure on Democratic candidates and issue ads in the midterms has amounted to more than $100 million. The 76-year-old businessman-turned-politician considered runs for the White House in 2008, 2012 and 2016. He endorsed Hillary Clinton in the ’16 presidential election, calling Trump a “risky, reckless and radical choice.”

In New York, Bloomberg ran as a Republican in 2001 and 2005, and was elected to a third term in 2009 as an Independent candidate on the Republican ballot line. He officially left the Republican Party in 2007.