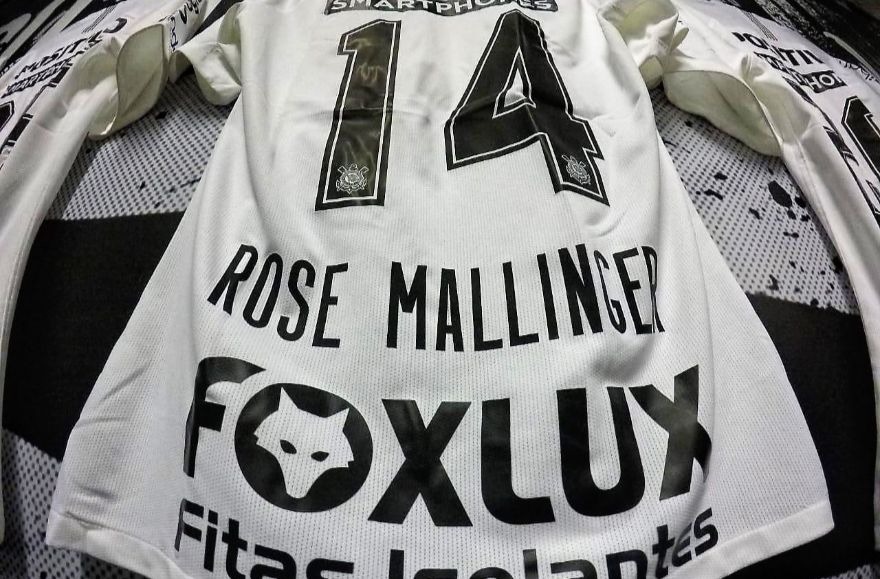 Uniforms of Brazil's popular Corinthains soccer team had the names of the victims of the Pittsburgh synagogue shooting attack printed on the back. (Courtesy/Sao Paulo Jewish federation)
Advertisement

SAO PAULO, Brazil (JTA) — Players for one of Brazil’s largest soccer teams wore uniforms featuring the names of the 11 Pittsburgh shooting victims during a match.

Each of the 11 players of SC Corinthians Paulista team wore the commemorative jersey on Sunday during the Brazilian Championship tournament match against Botafogo in Sao Paulo. The Corinthans lost, 1-0.

“The massacre in Pittsburgh during the Jewish religious service has hurt our fundamental values,” Corinthians President Andres Sanchez said in a message. “That’s why we took the decision to honor the victims of this irrational act of violence and call for all peoples to coexist in harmony and respect of differences.”

In partnership with the Sao Paulo Jewish federation, the shirts will be auctioned and the money collected will go toward the construction of a monument against intolerance. The rest will be donated to Ten Yad, a Jewish charity fighting hunger in Brazil.

A gunman entered the Tree of Life synagogue in Pittsburgh on Oct. 27 during Shabbat morning synagogues and killed 11 members of the various congregations that meet there.

“As a Jewish activist and a Corinthians supporter, I feel honored and greatly represented by understanding that the message against hatred against Jews must be emphasized and disseminated for all,” he told JTA.

Special ceremonies to honor the Pittsburgh victims were held in several Brazilian Jewish institutions, including synagogues, schools and clubs.

“These things cannot be repeated. Each of us must be an example aiming at a better world. Remembering and repulsing acts of prejudice is the best way to fight such outbreaks of barbarity. Baruch Dayan Haemet,” Sanchez said, using the Hebrew expression meaning “blessed is the true judge,” which is said when one hears news that someone has died.

Founded in 1910, Corinthians is one Brazil’s most popular soccer teams with over 30 million fans. A holder of several national and international titles, it was listed by Forbes as the most valuable soccer club in the Americas in 2017, worth $576.9 million.