Sarah Silverman: I’m lucky I don’t have to sew a Jewish star on my clothes 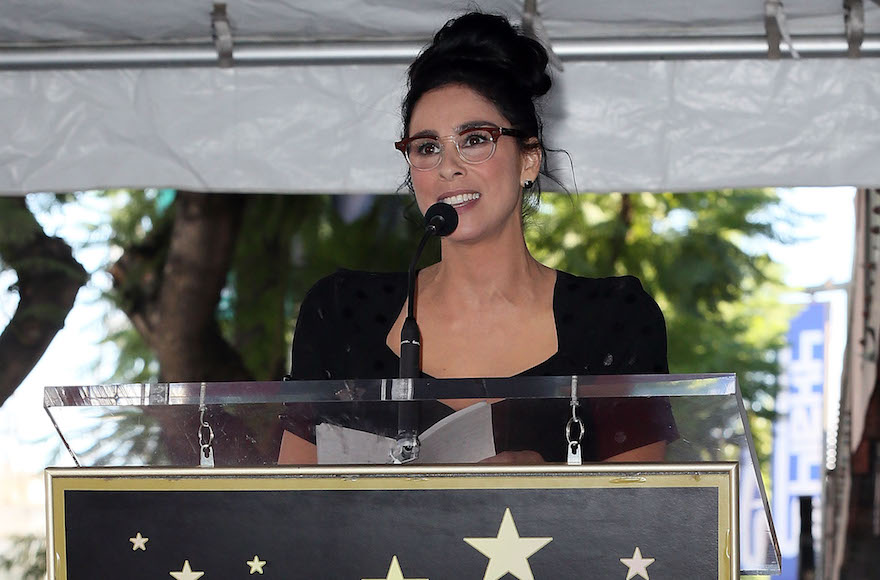 Sarah Silverman speaks after being honored with a Star on the Hollywood Walk of Fame, Nov. 9, 2018. (David Livingston/Getty Images)
Advertisement

(JTA) — Sarah Silverman was just given one of the highest celebrity honors — a star on the Hollywood Walk of Fame. But her acceptance speech wasn’t so light hearted.

“In a scary time when anti-Semitic crime is up 57 percent since 2016, it’s not lost on me how lucky I am to be given a star and not have to sew it on my clothes,” the Jewish comedian said after her star was unveiled on Friday.

Thanks, Sissy! #Repost @laurajanesilverman with @get_repost ・・・ Never been prouder of this Peanut ⭐ #hollywoodwalkoffame

Silverman repeated the line — a reference to the yellow stars that Nazis forced Jews to wear during World War II — later that day in an appearance on Bill Maher’s HBO show.

“I don’t know if that’s gallows humor or just it’s-funny-because-it’s-true humor,” she said on “Real Time with Bill Maher.”

Silverman seems to be referring to a report by the Anti-Defamation League that showed anti-Semitic incidents spiked in 2017, with a 57 percent increase since the previous year. That number includes more than 160 bomb threats sent to Jewish community centers in early 2017 by a Jewish teen from Israel.