German man, 95, charged as accessory to murder of more than 36,000 at concentration camp 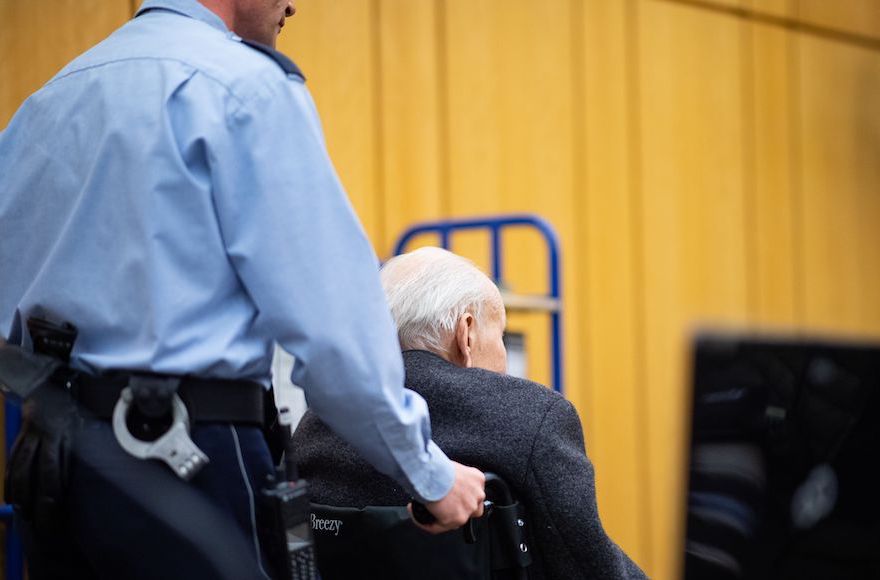 (JTA) — A 95-year-old German man has been charged with being an accessory to more than 36,000 murders when he allegedly served as a guard at the Mauthausen concentration camp.

Berlin prosecutors confirmed on Friday that the man, identified as Hans Werner H. due to privacy regulations, is accused of serving as an SS guard at the Nazi camp in 1944 and 1945, The Associated Press reported. The camp was located in northern Austria.

More than 36,000 people were killed at Mauthausen during the time he served at the camp. He is not accused of a specific killing, however.

The 2011 conviction in Munich of former concentration camp guard John Demjanjuk as an accomplice in the murders of nearly 30,000 Jews in the Sobibor death camp in Poland set a precedent in that being a guard at a death camp was sufficient to prove complicity in murder.

German prosecutor Martin Steltner told AP that the man is alleged to have “known about the various methods of killing as well as the disastrous living conditions of the imprisoned people.”

A court must determine if the man is fit for trial before it can proceed.

Earlier this month, former Nazi SS guard Johann Rehbogen, now 94, went on trial for being complicit in the mass murders of several hundred prisoners at the Stutthof concentration camp. Rehbogen, who uses a wheelchair and is in declining health, was younger than 21 when he worked at the camp between 1942 and 1944 and thus is being tried in a juvenile court in the western German city of Münster.