These 5 countries are falling short on returning Nazi-looted art 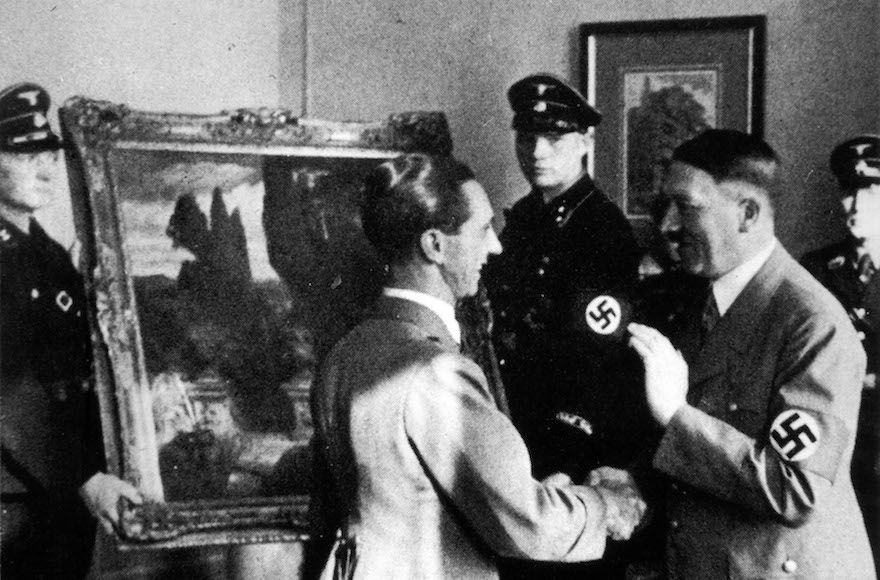 (JTA) — Five countries have not fulfilled their commitments to return Nazi-looted art to their rightful owners, a U.S. official said.

Stuart Eizenstat, an adviser to the State Department, in 1998 negotiated the Washington Principles, a treaty calling on signers to make their best efforts to return art stolen by the Nazis during World War II. He spoke Monday in Berlin to mark the 20th anniversary of the agreement signed by 44 countries, The New York Times reported.

He singled out Hungary, Poland, Spain, Russia and Italy as falling short in their response to the Washington Principles, either by not returning art to its identified rightful owners, privatizing the art or not attempting to identify its owners.

He said that an estimated 600,000 paintings had been stolen during World War II and 100,000 are still missing.

“We have made giant strides toward achieving the goals of identifying, publicizing, restituting and compensating for some of the looted art, cultural objects and books, and in so doing, providing some small measure of belated justice to some victims of the Holocaust or their heirs,” he said.

Eizenstat added: “We must candidly confront the unfulfilled promises we solemnly made.”