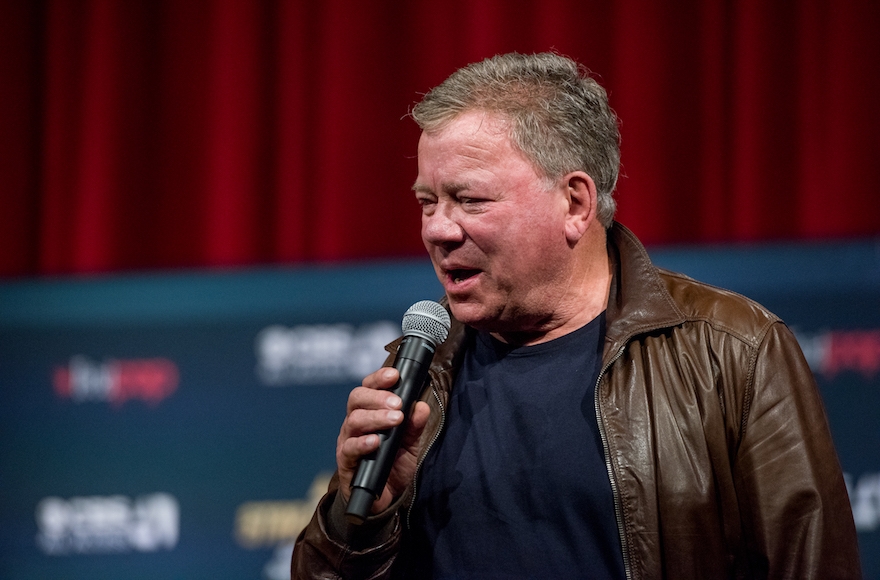 But there are no Hanukkah songs on it, and the Jewish icon is having regrets about that.

“I was going to do ‘Dreidel, Dreidel,’ then I thought better of it … I mean, I should have, maybe,” Shatner said in the upcoming PBS documentary “Hanukkah: A Festival of DeLights,” according to the Jerusalem Post.

He also opened up about his childhood Hanukkah memories in the doc.

“The menorah was silver and blackened a little by years of use — the places where the candles went in were black no matter how much polishing had been done,” Shatner said. “It was something that sat somewhere on the mantelpiece all year long until it was used — and then it was used with great reverence.”

The Montreal-born actor, best known for playing Captain Kirk in “Star Trek,” also spoke about how his mother would make latkes during the holiday.

“My mother’s standing over a frying pan, putting the mixture of potato, the ground-up potatoes into the sizzling fat, the oil, and frying up potato pancakes,” he said. “The [memory of] potato pancakes and the applesauce … and the family all around having the pancakes is indelible.”