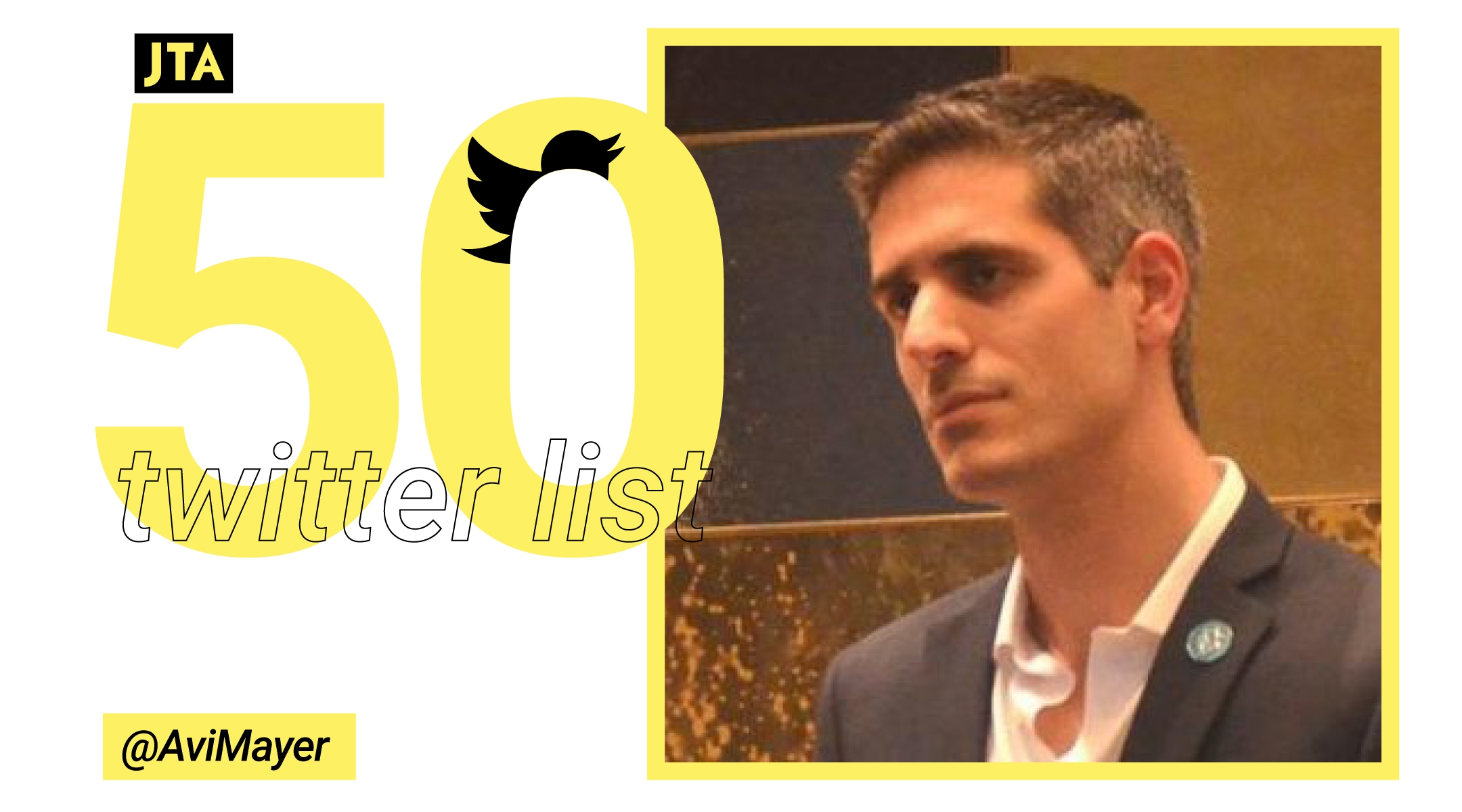 After listing the litany of Jewish groups for whom he has worked — the Jewish Agency for Israel, Hillel, the Israeli government — Avi Mayer’s Twitter bio reads “Pretty Jewish. No big whoop.”

But when it comes to Mayer’s tweets, neither of those sentences is true. Mayer’s Twitter feed — like Mayer himself — is extremely Jewish, and it’s kind of a big deal.

Until last July, Mayer was the spokesman for the Jewish Agency and its immediate past chairman, former refusenik Natan Sharansky. He’s now the American Jewish Committee’s head of global communications. At 34, he has built a reputation across Jewish institutions as an articulate advocate for Israel and Zionism, in no small part because of his prolific tweeting.

In his job, he’s had to navigate contentious issues — defending Israel’s wartime conduct, and handling clashes between the Israeli government and Diaspora Jews. Mayer’s tweets, however, are largely devoid of conflict — and are always grammatically correct. Some are feel-good images of Israel (a recurring one, usually when he returns from a trip, is the arrivals area of Ben Gurion Airport). Others are facts or observations that reflect well on Israel. Still others note positive connections between Israel and other countries. He’ll occasionally tweet out breaking news.

This came off the tree in my garden! How cool is that?? 🍋 @ Jerusalem, Israel pic.twitter.com/HgiedqnJf9

But Mayer also has not shied away from flame wars with anti-Zionists like Ali Abunimah, the founder of the Electronic Intifada, or gonzo journalist Max Blumenthal. Blumenthal’s anti-Israel book “Goliath” includes an index entry for “Mayer, Avi.”

Hey, @MaxBlumenthal, remember when you literally tried to shout down @AvitalLeibovich at the Newseum? Good times. https://t.co/ec65Zbx9GU