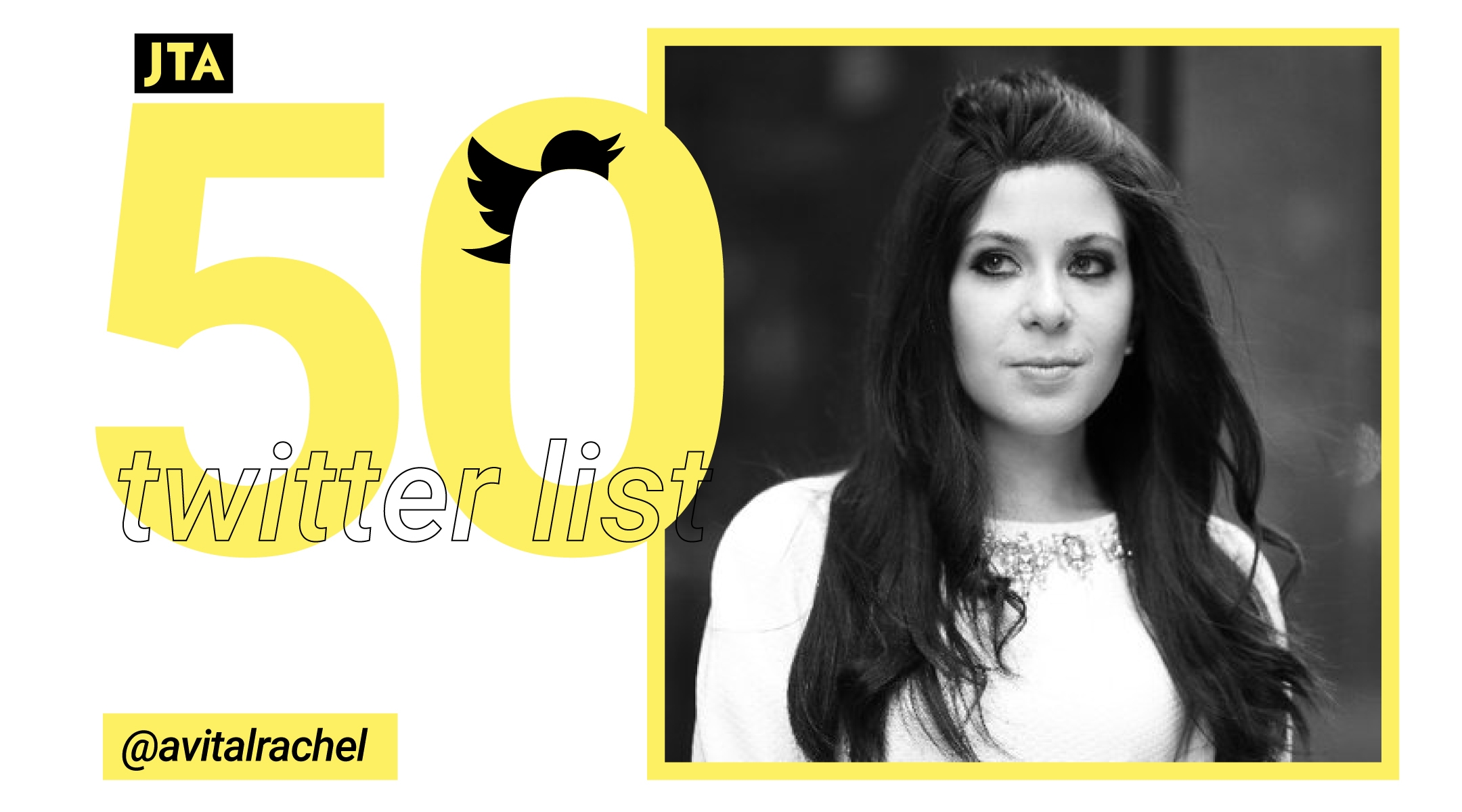 Through writing on topics like abortion, the sexuality of the mikveh or modest wedding gowns, Avital Chizhik-Goldschmidt has emerged as a leading Orthodox feminist voice. Her Twitter feed amplifies that voice and gives her a space to apply her lens to everyday news stories, both Jewish and non.

"Refusing to accommodate pregnant women is often completely legal" in America in 2018. https://t.co/nJN9yP5YbX

Anti-Semitism “on the far right it’s easier to spot…On the far left we have a more complicated challenge because misinformation is often expressed in the language of social justice, and it makes it easier to mislead well-meaning people.” https://t.co/XVIR2EFJcb

Chizhik-Goldschmidt is the Life/Features editor at the Forward, and has also written for The New York Times and Salon, in addition to teaching journalism at Yeshiva University’s Stern College for Women.

Her account is also a window into her personal life as a mother, observant Jew and wife of a rabbi.

Me, last night, shopping for modest evening gowns online (sister getting married next month BH): "How about this one?"

Husband: "That is so Boro Park."

Modest fashionistas' love for tulle+flowers+bows+ruffles unites us across cultural boundaries.

The first year I was home with a baby for some of Yom Kippur, I resented it. Not a single teacher had prepared me for this! I was taught to immerse myself in the euphoria of shul! No one warned me it would be a day of mundane tasks and desperate attempts to grasp at the sublime.

She’ll stand up for Jews (not just women) against anti-Semitic trolls, but she isn’t afraid to also criticize Jewish communities.

Don't you love when anti-Semitic trolls jump into Jewish-nonprofit/educator-insider-baseball-kiddush-club-Twitter pic.twitter.com/gOPRvwVZIH

In many ways, the progressive Jewish establishment is just as insular as the Orthodox.